Skip to content
Home Trends Want a Platinum Engagement Ring? You May Have to Go to Space… 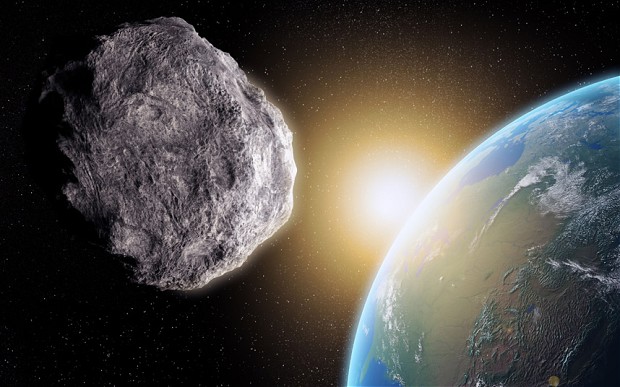 Platinum is a much coveted metal when it comes to engagement rings. Lightweight, virtually indestructible and super shiny, it’s forever cropping up in the more expensive engagement rings and has almost become a symbol of luxury. It’s also very scarce on our lovely planet earth, so experts have started looking elsewhere…

As the earth’s natural resources begin to dwindle, scientists have started up a space race of sorts for the modern age. Specifically, they want to set up mines on asteroids to harvest the many valuable materials contained within them. One particular material they have a plentiful supply of is platinum, which has a multitude of scientific uses as well making pretty engagement rings. Go figure.

The bad news is that platinum from space is set to be even more expensive than platinum from the earth. One thousand cubic centimetres of the precious metal costs around $1 million. Add on the costs of sending a spaceship to get some from an asteroid, and… well, you can see where we’re going with this.

An asteroid recently passed very close to earth that had an estimated £3.7 trillion worth of platinum on it, so for the science world it seems like a worthwhile endeavour, because there the supply in space greatly outweighs what’s left on earth.

Luxembourg wants to be first on the gravy train and has said that they have big plans for mining asteroids; but they have failed to mention any kind of timeline. NASA has plans to launch a mission later this year to the Bennu asteroid to gather information and samples for over a year. This will give them valuable experience needed to potentially begin mining on asteroids.

So you never know, in a couple of years time you could have some legitimate space metal on your ring finger!