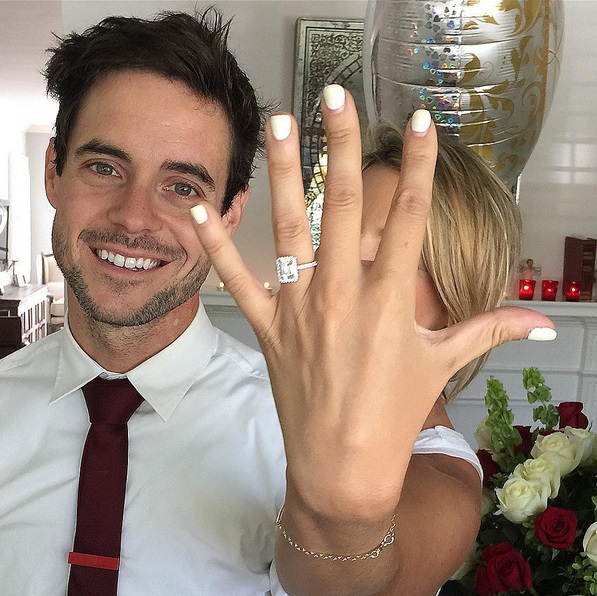 Former cast member in ABC reality television series “The Bachelor: On the Wings of Love”, Ali Fedotowsky took it to Instagram to show her audience that she’s engaged with American television and radio host, Kevin Manno. Ali captioned the image “9.12.15 #MrsManno” with a heart and engagement ring emoji. Kevin also expressed his happiness via Twitter saying “I put a ring on it”!

Ring: Platinum surrounded by 68 round diamonds delicately pavéd on the band. 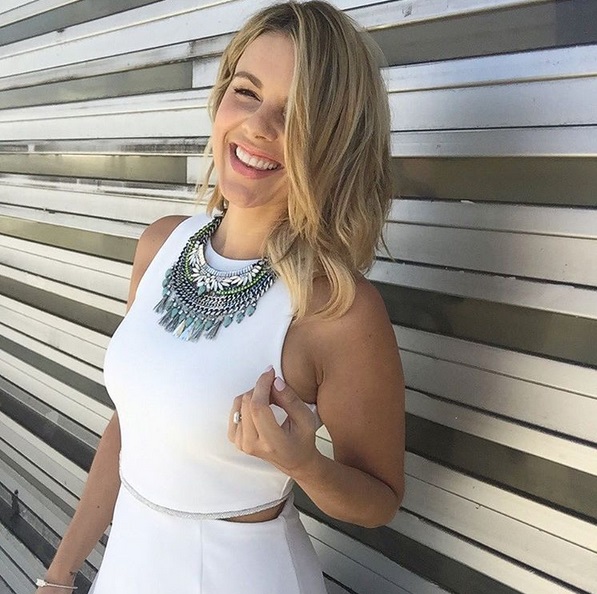