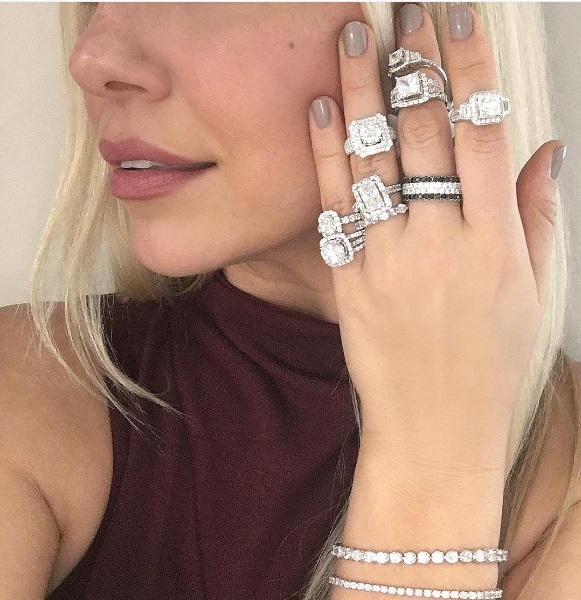 Television presenter, Emily Loftiss accepted a sparkling diamond ring from her boyfriend, Jay Carlington. The couple first met in in New York City in October 2003. Theey became friends for five years before they started dating. Jay popped the question during a family trip to Aruba on May 31, 2012. They tied the knot in Emily’s hometown of Thomasville, Georgia on April 12, 2014.