For years, decades and even centuries, every woman has dreamed of a perfect, dazzling, diamond engagement ring that shines bright like… well, a diamond. Then came millennials (we joke). Lately, couples have been looking for something – anything – different to the traditional diamond solitaire engagement ring. Some are choosing vintage or art deco styles; some are shunning diamonds completely in favour of coloured gems like sapphires; some are buying with their conscience and selecting lab diamonds.

And now, some are choosing salt & pepper diamonds too. Otherwise known as ‘imperfect’ diamonds, these are the diamonds that have long been discarded by jewellers and brides due to significant inclusions (i.e. internal flaws). 99.9% of diamonds have some kind of inclusion, but they’re so small they can’t be seen by the naked eye. With imperfect diamonds, these inclusions are not only large and visible – they also effect the diamond’s overall appearance.

Basically, a salt & pepper diamond doesn’t sparkle like its perfect cousins do because less light is refracted through its interior. Instead, it has a kind of mottled appearance that’s greyish in parts, white-ish and parts, and sparkly in a few places under the right light. In other words, it’s totally unique. Like that ugly stray dog that nobody wants at the shelter, or the weird curved carrot that nobody at the grocery store will buy. Just as good, but for some strange reason, unloved.

But brides are choosing imperfect diamonds for more reasons than their one-in-a-million appearance. They’re significantly cheaper than that perfectly cut and polished white diamond you see on everybody else’s ring fingers. We’re talking up to 50% cheaper for the same carat weight. Yes, really! Then there’s the symbolism that comes with salt & pepper diamonds – namely, loving someone no matter what their flaws may be, or seeing past the flaws to the beauty.

Like most things however, there’s a drawback. Depending on where they’re positioned and how large they are, inclusions can compromise the strength of your diamond. If you take care of your stone you’ll probably be fine, but the risk of chipping or damage is still higher no matter how well you look after it.

They made need a little extra love and attention, but we’re still completely in love with this new trend. It’s about time diamonds got a little more inclusive! 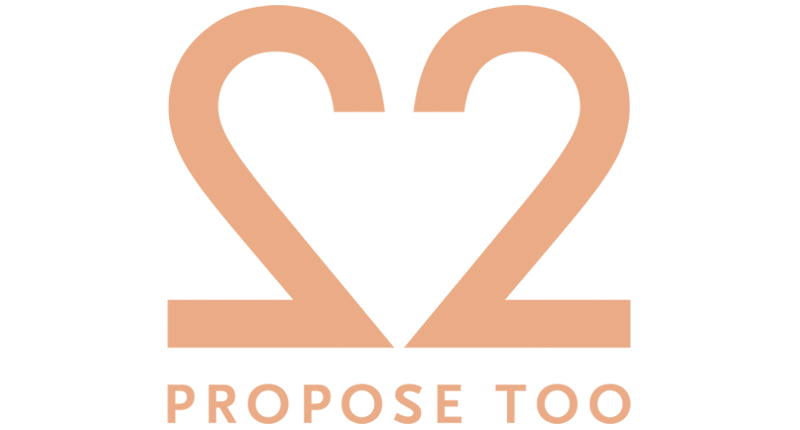 Check Out This ‘Propose Too’ Initiative