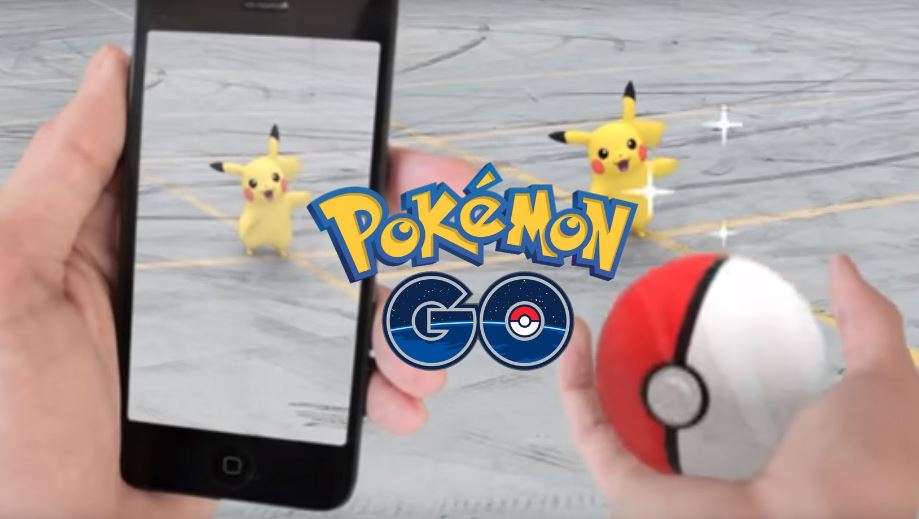 Pokemon Go is the latest app to take over literally every person’s smartphone. If you’re not playing it, you’ve at least heard about it and most likely find it confusing, amusing, annoying or maybe even all three! There are plenty of people out there who love it however. In fact they love it so much that they’ve even designed Pokemon-themed engagement rings…

For those that don’t know, Pokemon is a long-running Japanese media franchise of video games, TV series, trading cards and more. It’s all about fictional creatures called Pokemon which Pokemon Trainers catch and train for battles. The Pokemon Go app uses augmented reality, which means the creatures appear in ‘real life’ (albeit through your phone’s camera) when you walk around. Basically it’s the first game from the franchise that’s anywhere close to catching Pokemon in real life, which was every Pokemon fan’s childhood dream.

So, back to the engagement rings. Those who are familiar with Pokemon fandom will not be surprised at all to learn that there are multiple options out there. Here are just a few of our favourites… 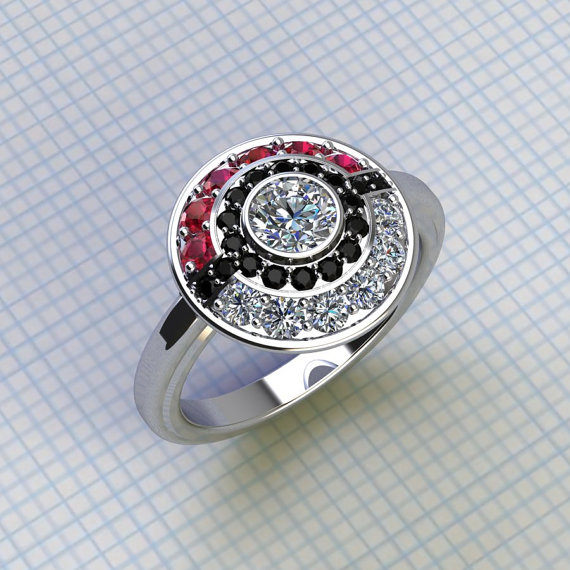 There is an overwhelming array of Pokeball ring designs! From actual rubies and diamonds to coloured enamel to all-metal incarnations, you are guaranteed to find something for your Pokemon love. Plus the whole ‘gotta catch ‘em all’ tagline takes on an entirely new, sweet meaning when a Pokeball engagement ring is involved. (Side note: a Pokeball is the instrument used to catch Pokemon). 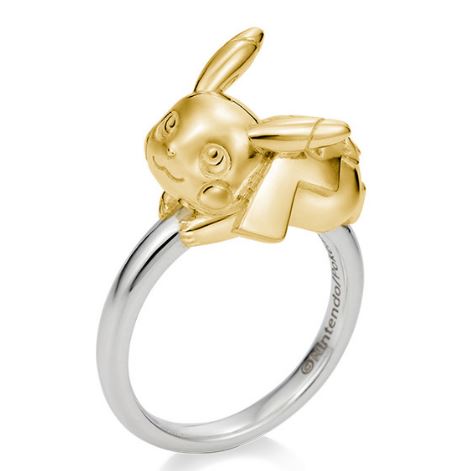 The only sidekick better than your significant other is Pikachu – go on, admit it! So why not combine the two by offering your love a Pikachu ring? The internet is mostly filled with cheap plastic varieties, but if you look closely you can find some real gems (in more ways than one). We like this gold and silver mixed metal Pikachu. 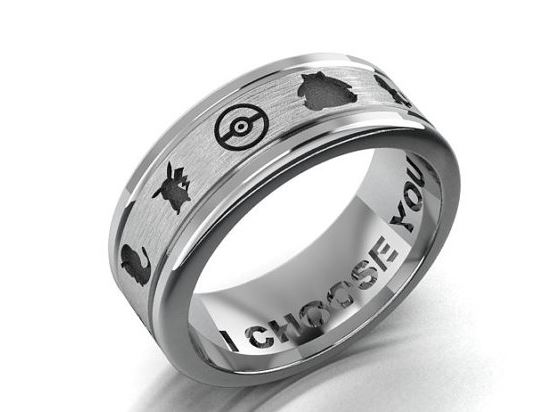 There’s nothing stopping you both getting in on the action. Why not choose pokemon wedding bands to wear on your big day? A popular design is a plain band embossed or imprinted with the silhouettes of some of the most popular pokemon (think Pikachu, Bulbasaur, Charmander and of course the pokeball). If you go down this path, it’s the ultimate missed opportunity if you don’t engrave the underside with ‘I Choose You!’ … Just saying! 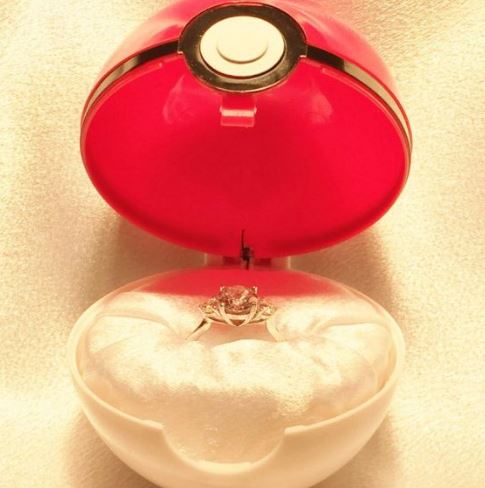 If a Pokemon themed engagement ring is taking things that little bit too far (impossible!), how about settling for a Pokeball ring box? The ‘catch ‘em all’ sentiment is still very much alive and well and it’s a nice balance of quirky and traditional. Again there are many to choose from – bear in mind that one with padding and a good quality hinge will stand the test of time and keep your rocks safe.