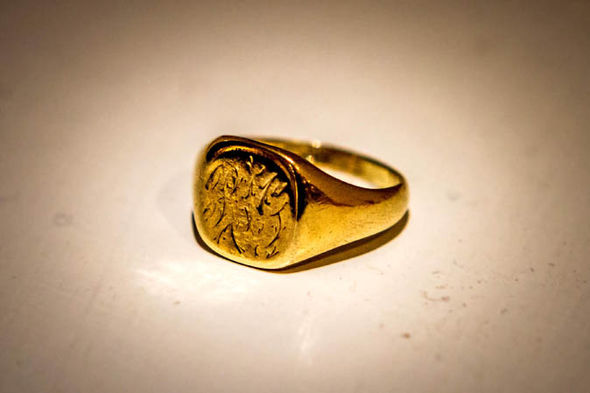 No, that’s not a typo. A man’s engagement ring was recently found washed up on the shore, 11 miles away and 43 years later from the place and time where he lost it!

It all started in 1951 when Scotsman Russell Gordon decided to ask his Irish love Kathleen Moore to be his wife. To mark their engagement, Kathleen bought Russell a 9-carat gold signet ring with beautiful engraving detail. It also had an engraved message reading ‘Russell and Kathleen 6/8/51’. The ring came from Henderson’s jewellers in Dundee, Scotland,

The couple married in 1952 and went on to have a daughter, Alex. Due to his job as a Merchant Navy engineer, Russell didn’t wear his ring on a daily basis, keeping it for special occasions and holidays. On one such family outing to St. Andrew’s in Fife, the ring slipped off his finger and fell into the sand. The entire family spent hours looking for it, to no avail.

Now let’s fast forward four decades and 11 miles across the River Tay. George Taylor, a metal detector enthusiast, came across the ring in the sand near his home in Carnoustine. With nothing but the first names of the couple and the date to go on, decided to reunite the ring with its owner.

After an unsuccessful Facebook appeal, George’s friend searched genealogical records and, eventually, found a marriage record of a man named Russell and a woman named Kathleen, in 1952. Although it was a year later than the inscription, it was the best chance they had. 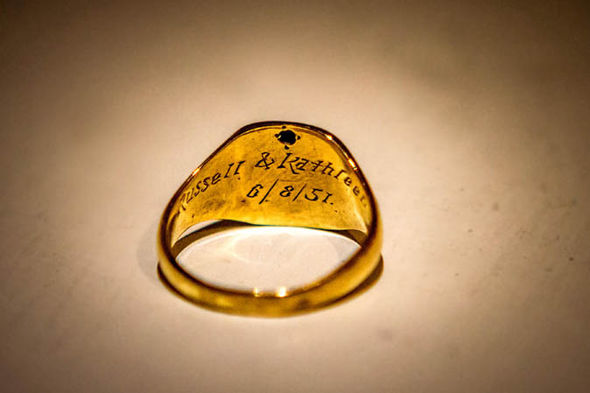 George tracked down Alex who was living in North Fife, and told her about the ring he had found. Alex, aged 61, immediately confirmed that he had finally found the owners and told a shocked George the story of how the ring went missing over 40 years ago!

‘It is in such good condition and after so many years it is just amazing that it has come back to us. We are really, really thrilled to have it back and it is just so kind of George to go to all the trouble to find us’ she said.

Sadly, both Russell and Kathleen have now passed away, but Alex was still overjoyed to have the ring returned to the family after such a long time. George even had it professionally cleaned so it looks as good as it did in 1951.

But how did the ring end up on the opposite shore and 11 miles away? It’s a simple case of longshore drift, where sand is moved along the shore by the tides. After 43 years, it’s no wonder the ring had travelled quite a distance!

If there was ever a perfect reason to never give up hope, this is it.