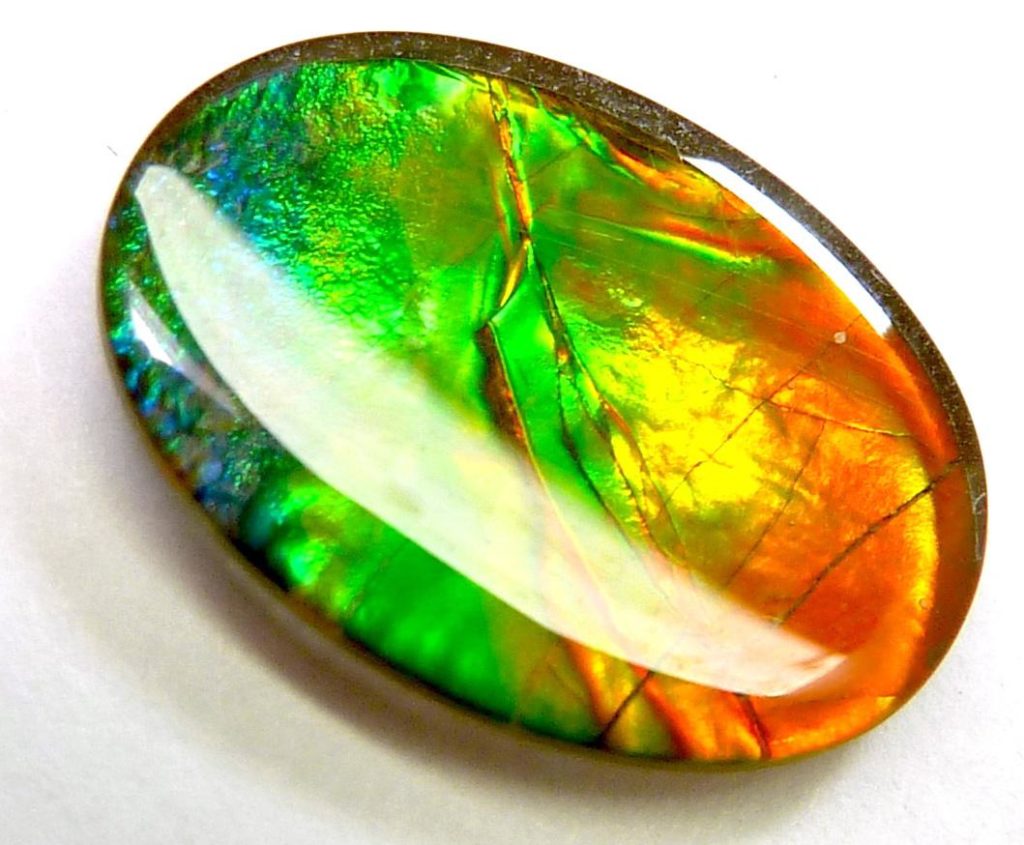 All the colours of the rainbow in one little gem!

In southern Alberta, Canada, there exists a gemstone that can’t be found anywhere else in the world. It’s called ammolite, and in this particular spot on the planet, it started out life as a prehistoric squid-like mollusc. Yes, really.

Around 70 million years ago the mine in which these gems have showed up would have been at the bottom of the Bearpaw Sea. Now, it’s at the bottom of a deep, dry ravine known as the Bearpaw Formation (we’ll give you one guess how it got that name). They formed when ammonites – the prehistoric fossil mentioned above – came into contact with a very particular set of conditions that, over time, turned it into a gem.

What makes ammolite really specially however is its colours – although ammolite can be found in many parts of the world, only in this particular mine does it literally show every colour of the rainbow. Seriously – it’s a multicoloured, 100% natural gemstone. And it’s also one of the rarest gems in the world.

Korite, the company running the mine, currently mines around 6 million carats per year and plans to rapidly expand their operation to keep up with soaring demand. Currently ammolite retails at around the same price point as sapphires or black opals, and if you want to get your hands on some, your best bet is to head to Alberta.

Watch this space though; you’ll be seen ammolite much more often in the very near future as the company plans to double their production over the next two years.