Skip to content
Home Trends Why Do So Many People Get Engaged in December? 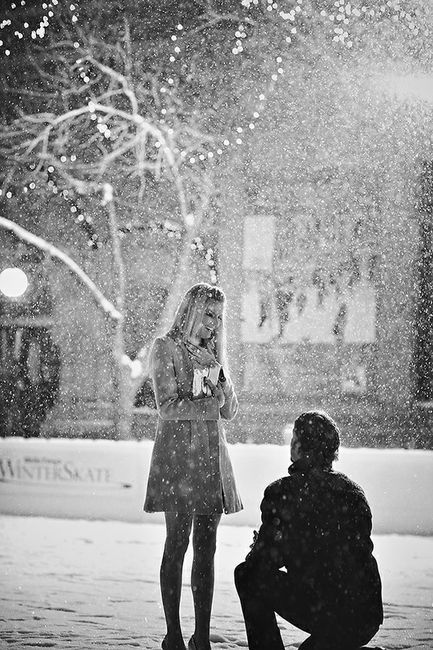 Did you see nothing but engagement ring selfies and proposal announcements from Thanksgiving to New Year’s Eve? You’re not the only one. December is statistically the most common month for engagements, by far. But why? We have a few theories…

Theory #1: Because the holiday season is a sentimental time

There’s Christmas cheer everywhere, people are in a good mood, and you tend to spend time thinking and talking about happy memories. The natural step after nostalgia is thinking about the present and the future, and wanting to create more happy memories. Ergo, proposal. A less likely theory is that many couples meet around the holiday time, so anniversary-celebrations turn into something even better.

Theory #2: Because it’s easier to see family and friends

The more practical couples out there may want to kill two birds with one stone (not literally) and get engaged when family and friends are around. It makes celebrating easier and more fun, and you won’t have to tell the story of the proposal and answer questions about the engagement ring/wedding for months on end – just in high concentration for a couple of weeks.

Theory #3: Because you want to start next year off right

Every year has its ups and downs. There’s a long-standing tradition of starting a new year ‘as you mean to go on’, so many couples take that literally and get engaged in time for midnight on the 31st December. It’s also a pretty cool way to bring some happiness to a time of year that can be difficult for a lot of people – especially those who’ve had rough years.

Theory #4: Because of annual bonuses (sorry)

If you have a job that offers annual bonuses, chances are your end of year paycheck is fatter than usual. That makes paying for an engagement ring much easier. You can see where we’re going with this… it may not be the most romantic theory, but it’s probably true for a lot of people!

Holidays mean snow, pretty fairy lights, cosy evenings in, gift giving, hot chocolate, warm fires… in short, it’s tailor made for a romantic proposal! It’s easy for romantic types to get swept up in the time of year and pop the question… and there’s nothing wrong with that in the slightest!