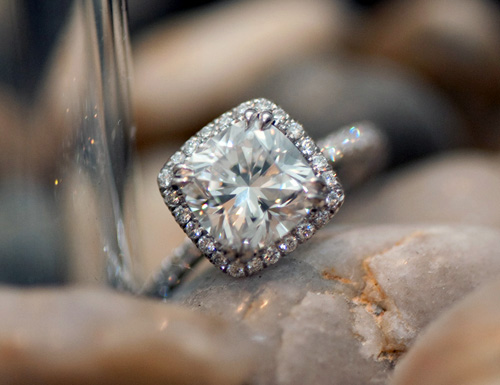 The round brilliant is still the diamond cut of choice for most newly engaged brides to be, closely followed by the princess (square) cut. But now there’s a new kid on the block. Although it’s been around for quite some time, the cushion cut is steadily rising in popularity and is now the most popular ‘alternative’ diamond cut by a long shot. So what’s all the fuss about?

The cushion cut has actually been in existence since the 1700s, albeit as a slightly different version known as the ‘old mine cut’. By the late 19th century it was by far the most common cut around. The majority of these diamonds came from mines in Brazil before the gigantic deposits in South Africa were discovered, hence the name. At this time diamond cutting was an arduous and very slow process done by hand (no modern technology, remember) so keeping as much weight as possible from the rough diamond was the best way to save time, effort and money.

This meant that the old mine cut ended up with a square-ish shape that appeared to have ‘rounded’ corners, a high crown (top half), small table (the top, flat facet), and deep pavilion (bottom half). Old mine cuts have less facets than round brilliant cuts, so there isn’t quite the same flashy, sparkly vibe. They do however offer up a kaleidoscope of colour – they just don’t usually shine as bright.

Because of it’s chunky, geometric style the cushion cut was all the rage during the Art Deco jewellery period (i.e the 1920s and 1930s). As trends changed and people looked towards more understated styles, many cushion cut diamonds were re-cut into round brilliants. Almost a century later they’re very much back in fashion – but why?

Why are Cushion Cuts Back in Vogue? 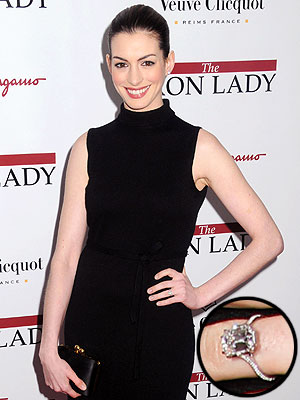 First and foremost, because there’s a huge retro revival going on right now in the world of jewellery (and to a certain extent fashion in general). Vintage engagement rings – in fact, any kind vintage jewellery pieces – are on everyone’s wish list. As people become more environmentally conscious it makes sense to look towards old materials to repurpose and recycle them. Plus vintage jewellery is full of glamour too!

Secondly, celebrities are flocking to cushion cut engagement rings. Just a few stars who sport cushion cuts on their ring fingers include Jennifer Aniston, Anne Hathaway, Kelly Clarkson, Giuliana Rancic and Mena Suvari. Just like their red carpet dresses, their engagement rings tend to set trends in place for the rest of us.

Finally, unless you’ve been living under a non-gemstone rock you’ll know that coloured stones and engagement rings are big business right now. We’ve already noted that the cushion cut isn’t the best choice for a flashy, sparkly gemstone – but that doesn’t really come into play where coloured stones are concerned. In fact, coloured stones are ideal for cushion cuts because the larger facets show off the deep colour hues. So basically expect to see a ton of coloured gems in cushion cuts.

Thinking of a Cushion Cut Engagement Ring? Here are the Pros and Cons 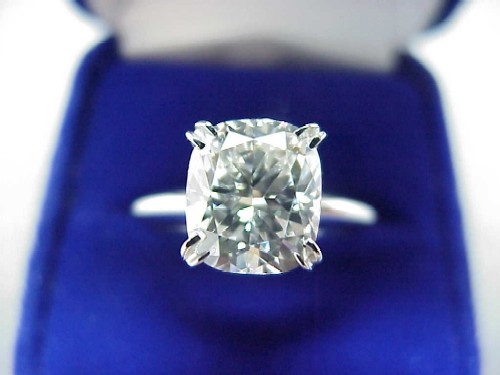 Cushion cuts are very much on-trend, but they also have a timeless, old world look about them. As far as style and fashion is concerned, there are only pros to a cushion cut! Because of their gently sloped edges and rounded corners, they’re also quite practical and less likely to snag on hair or clothes – especially when in a bezel setting. They look great either as a diamond solitaire or with a halo setting, and as we already mentioned coloured stones are fabulous in this cut too.

So what about the cons? Apart from the fact that they don’t have the ‘sparkle’ factor to the same level as round brilliants, there’s not a huge number of disadvantages. The larger facets mean that any inclusions will be more obvious, and bad ones will be seen with a naked eye – but all of that is easily eliminated if you research your jeweller and inspect your stone thoroughly before buying.

If you decide to choose a cushion cut, well… we’re pretty jealous. Congratulations!