Skip to content
Home Facts This is How Much You Should Spend on an Engagement Ring, According to Women 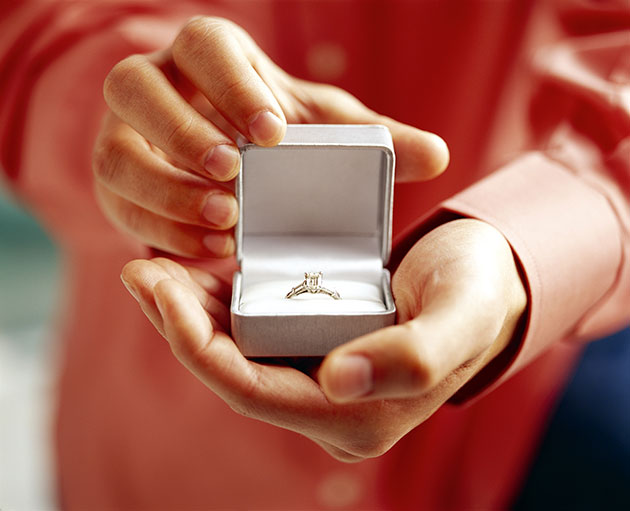 British jewellers Mappin and Webb commissioned an in-depth study on women’s engagement likes and dislikes recently. Surveying over 2,000 women who have yet to become engaged to their partners, they came up with some interesting findings on what fiancees-to-be expect from that big moment.

First off, the average amount the women expected their partners to shell out for an engagement ring was around the $1200 mark. For that price, they were hopeful of receiving the traditional diamond solitaire engagement ring on a white gold band. That’s actually a pretty reasonable cost estimation, although those expecting a big stone may have to settle for one on the smaller end of the carat scale.

A massive 75% said that they would like to pick out their own engagement ring, which doesn’t bode well for the romantic surprise proposal we see so often in chick flicks and fairy tales. It seems modern women either a) don’t trust their men to pick something they like – a third of participants said this or b) want to be fully involved in the process and make it a dual decision. We think option b) is more commonplace.

When asked how they would like their partner to propose, the most popular choice was a private and traditional proposal. In other words, getting down on one knee without any onlookers present. That also doesn’t bode well for the grand romantic gestures that regularly ‘go viral’ on the web. But hey, each to their own. If the proposal didn’t meet their expectations, a surprising 25% of respondents admitted they would probably say no! No pressure, guys!

The surveyed women also stated that 25 months into a relationship is an appropriate time to get engaged and that asking for the father’s permission before popping the question wasn’t strictly necessary anymore. So our modern bride is progressive, but still a traditionalist at heart.

Mappin and Webb also noted that winter time is one of the busiest periods of the year for proposals, so expect to see engagement ring selfies popping up all over your social media feeds over the coming months. Just a warning!