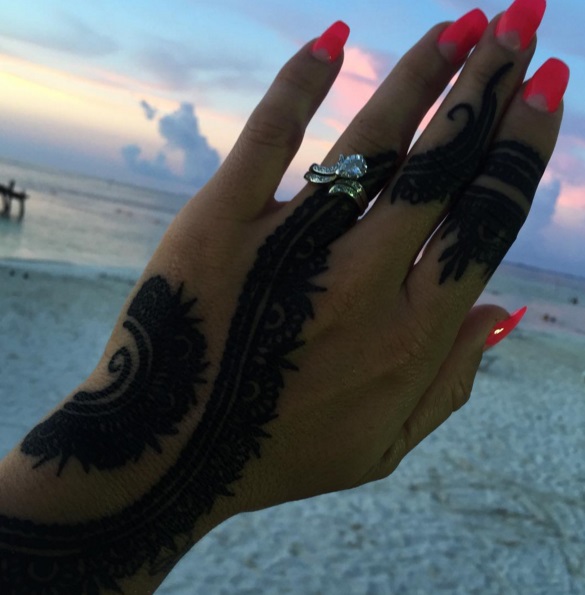 American recording artist, fashion model and television personality who became a contestant on the 5th cycle of the television series America’s Next Top Model, placing 6, and eventually went on to win the All Star cycle, Lisa D’ Amato flashes a gorgeous diamond ring from entrepreneur, Adam Friedman. The couple tied the knot on September 30, 2012 in the Hollywood Hills. They have a son named Dax.