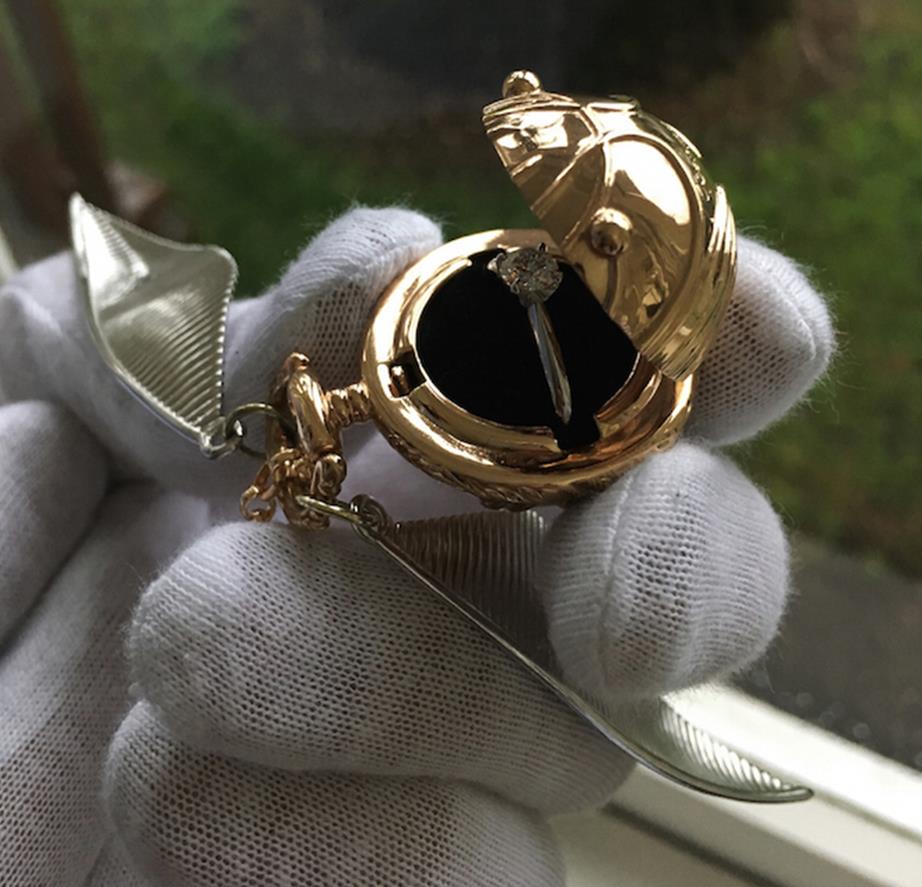 Harry Potter turned 20 this month! Well, kind of – the first book in J.K Rowling’s magical story was published 20 years ago on 26th June 1997. You know what that means? Lots of Harry Potter themed weddings and proposals are coming your way…

There’s no shortage of Harry Potter themed gadgets and jewellery in the world already, but we couldn’t help but fall a little bit in love with this golden snitch engagement ring box. For those who don’t know what the hell we’re talking about, here’s a brief rundown:

In the Harry Potter books and movies, there’s a wizard sport called quidditch. It’s played in the air on flying broomsticks. The rules would take too long to explain here, but basically one of the balls in the game is called the golden snitch. It’s tiny, gold (obviously), has very fast wings, is difficult to spot and even more difficult to catch.

The ‘seeker’ on a quidditch team is the one who looks for and tries to catch the snitch while all the other stuff is going on, and Harry Potter was the Seeker on his quidditch team. A quidditch game cannot end until the snitch has been caught, and the Seekers are the only people who are allowed to do so. Whichever team’s Seeker catches it first earns his or her team 150 points. Got it? 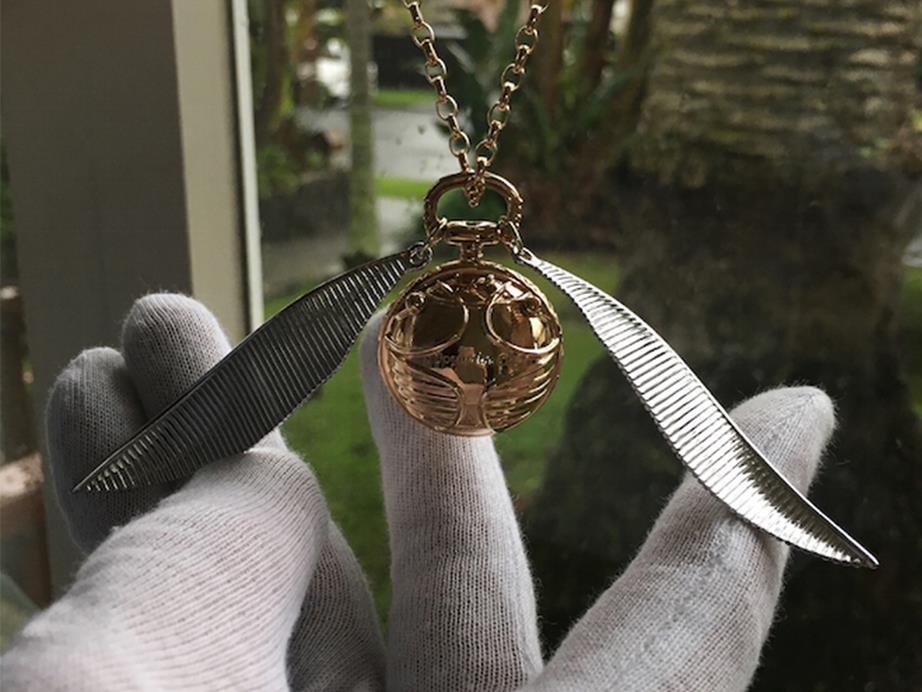 New Zealand based jewellery company Freeman Design has now crafted the most beautiful golden snitch necklace that doubles as a secret engagement ring box, and it’s guaranteed to be any Potter fan’s most prized possession. The body is sterling silver plated in 18 karat yellow gold, with rhodium coated wings. It comes with a charm shaped like Harry’s broomstick, the Nimbus 2000, which works like a key to make the snitch pop open and reveal the engagement ring inside.

This astonishing piece of jewellery is designed using 3D computer modelling printing technology, followed by over 30 hours of intricate hand work and scrutiny to finish the snitch to the highest of standards. The catch and internal mechanisms are handmade, and it’s hand polished too.

Oh, and it’s engraved with the words ‘I open at the close’ (another reference to the Potter story) and the receiver’s name on the inside. How amazing is that? If you’re planning to propose to a Potter fan, you have no choice but to get this for the big moment. See how it works here: