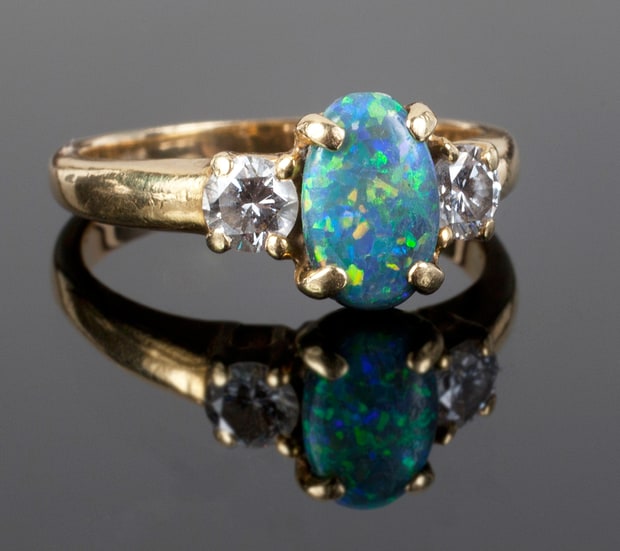 Remember last month when we discovered Jane Fonda was auctioning her engagement ring? Well the results are in…

Jane Fonda has won two Oscars, has a showbusiness career spanning four decades, is a tireless political activist and on top of all that, a fitness guru. With such an eventful life, it’s no surprise that Jane has picked up many valuable treasures along the way.

She’s collected a few too many it seems, as she auctioned off several of them recently. Among the times were glamorous outfits she has worn to awards ceremonies or in films, leotards from her famous fitness videos, Andy Warhol artwork and… her engagement ring from second husband Ted Turner.

Fonda and Turner were married from 1991 until 2001, and he presented her with a very unique piece of jewellery on their engagement. A half carat black opal with brilliant flashes of blue, green an orange flanked by two round diamonds on a gold band. It was expected to fetch between $2,000 – $4,000.

Guess what it sold for in the end? $19,200. That’s a mere five times more than the estimated top value. Not bad! Here’s what Jane had to say about the ring:

“I have friends who were surprised that I didn’t ask Ted for a big diamond ring, but opals have always brought me luck. We did a lot of hunting and fishing, and I’d have to take a big ring off all the time to put on gloves. And I didn’t want Ted to think I was marrying him for his money.”

If we were there, we would’ve paid top dollar for this beautiful ring too. Next time!