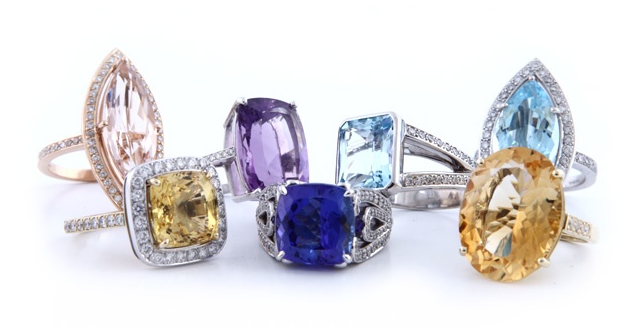 Diamonds aren’t every girl’s best friend – some of us prefer a little more colour in our lives. Engagement rings with a splash of blue, green, red, or even black are becoming increasingly popular ever since a certain Prince William proposed to Kate Middleton with his mother’s jaw-dropping sapphire and diamond ring. Coloured gemstones are perfect for any non-traditional bride to be, and the good news is most of them (although not all, sadly) don’t have the gigantic price tag that comes with diamonds. If you’re looking for some inspiration, try these for size: 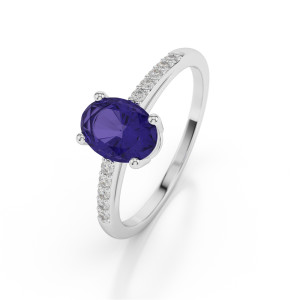 This vibrant blue-ish, purple-ish stone is, believe it or not, 1000 times more rare than diamonds. First discovered in the 1960s in northern Tanzania, Tiffany and Co. is largely responsible for bringing it to the jewellery market – so it’s got to be good! There is only an estimated 30 years of supply left, so their value is sure to soar over time too – a real investment piece. 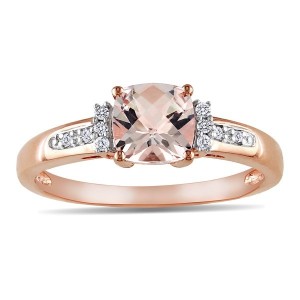 Fast becoming one of the most popular alternative gemstone choices for engagement rings, morganite has a beautifully delicate peachy hue that looks especially stunning with the metal of the moment, rose gold. The stone comes from the emerald family and has a range of saturations and hues, with prices varying accordingly. 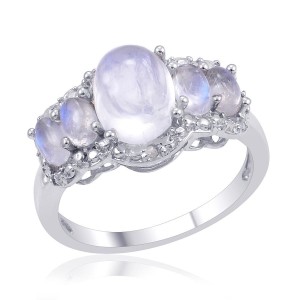 Okay, it doesn’t come from the actual moon, but this Sri-Lankan stone has a unique shimmer that (if you ask us) is akin to moonlight. Regarded as magical or sacred in many cultures, they’re found in the USA, Brazil, Australia, Madagascar and Myanmar as well as Sri Lanka. Wildly popular during the Art Nouveau era, they’re now enjoying a revival. 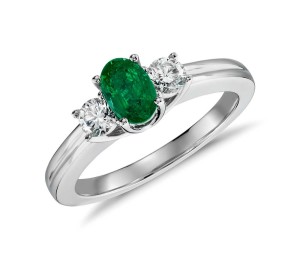 Emeralds are considered to be one of the ‘precious’ gemstones, along with rubies, sapphires and of course diamonds. With their deep saturation they certainly make an impact, and work especially well as large centre stones. If that’s not your thing, they also make for a stunning halo around a round-cut diamond. 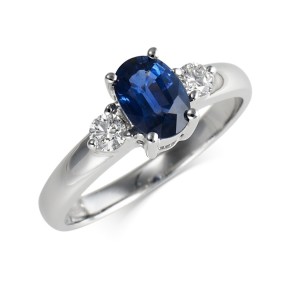 If it’s good enough for the Duchess of Cambridge, it’s good enough for you! Many people don’t realise that sapphires don’t have to be blue; they also come in green, yellow, pink and even white varieties. While they are considered a precious gemstone, your wallet needn’t worry; they’re generally around a third the price of diamonds. 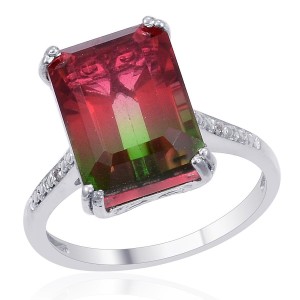 The best thing about Tourmaline is that it comes in almost any colour you fancy; from pink to green to black and everything in between. In fact, it’s not uncommon to find two or more colours shining through in a single stone. Tourmaline is somewhat cloudier than other gemstones, so if you’re prone to scratching your jewellery it’s a great choice, as blemishes are easily masked. 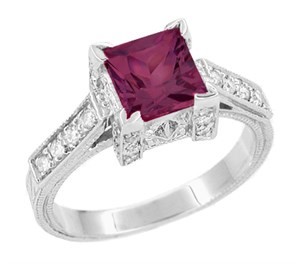 With a unique magenta hue, rhodolite (from the garnet family) sits somewhere between amethyst and ruby in terms of appearance. Mostly found in North Carolina, it’s becoming increasingly popular in the jewellery industry as the number of inclusions per stone is much lower than many others. 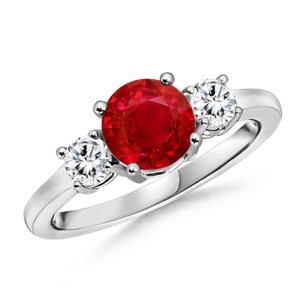 The fourth and final precious stone, rubies definitely have the wow factor with their dark blood-red tone. They’re extremely hard wearing too, so a good choice for those prone to knocking or snagging their jewellery. The downside? They’re sometimes even more costly than diamonds. 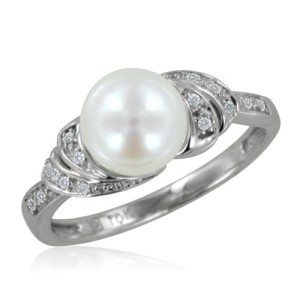 Who said pearls were only for necklaces and earrings? They make truly unique engagement rings, and are often used in intricate, one-of-a-kind designs. However, they’re nowhere near as durable as other gemstones. If you choose pearl for your engagement ring, wear it only on special occasions as it will tarnish and scratch easily. 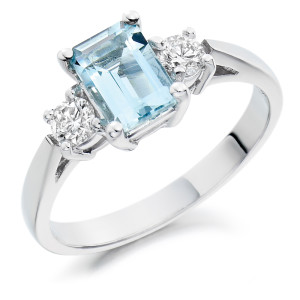 Known as the ‘lucky stone’, aquamarine has a pale blue colour that’s fast becoming one of the most popular choices for diamond alternatives. A cousin of the emerald, a well-cut aquamarine is truly dazzling, and when paired with white gold or platinum it takes an otherworldly look that’s both ethereal and feminine. 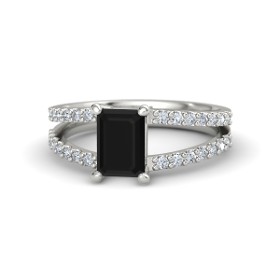 Nothing makes more of an impact than black and white paired together, and onyx makes the ideal contrast for diamonds. A rich black stone with a silky, shiny finish, it makes for an opulent look no matter what metal it’s paired with. If black isn’t your thing it can be found in other colours too, although black is by far the most common. 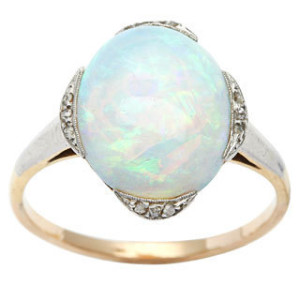 Another occasional-wear only stone, opal is similar to moonstone in the way that it shimmers and reflects multiple colours, but the effect is much greater and more lustrous. Opals are the perfect gemstone for antique settings and also make great centre stones for clusters designs.