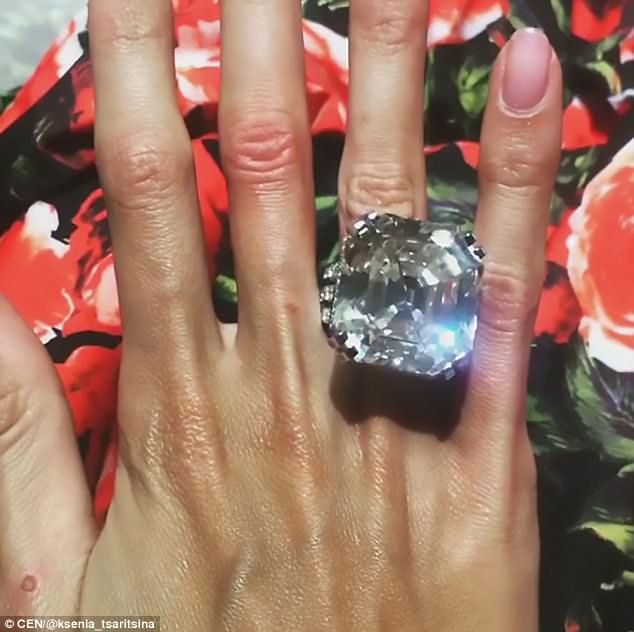 As you may have guessed, it’s pretty damn big…

Elizabeth Taylor’s famous ring from Richard Burton was topped off with a 33 carat diamond. Last year, Mariah Carey stole her thunder with a 35 carat rock from now ex-fiance James Packer. Those are two of the biggest divas the world has known in recent history. But their bling is no match for that of Ksenia Tsaritsina, Russian model and new wife of Russian oligarch Aleksey Shapovalov.

The pair married last month in a lavish ceremony that would make a Trump wedding look like a bog standard family dinner. It took place in Moscow’s Barvikha Luxury Village Hotel in a hall decked out with chandeliers, an eight tier wedding cake and not one but two breathtaking wedding dresses (both for Ksenia, in case you were wondering).

Since Aleksey probably has an unlimited supply of money, we guessed there was an unlimited budget when he was picking out an engagement ring earlier this year. And we guessed right; he proposed to Ksenia with a 70 carat diamond. Yes, seventy. Reports say it cost over £6 million ($8 million USD), making it not only one of the biggest engagement rings in the world, but one of the most expensive too. 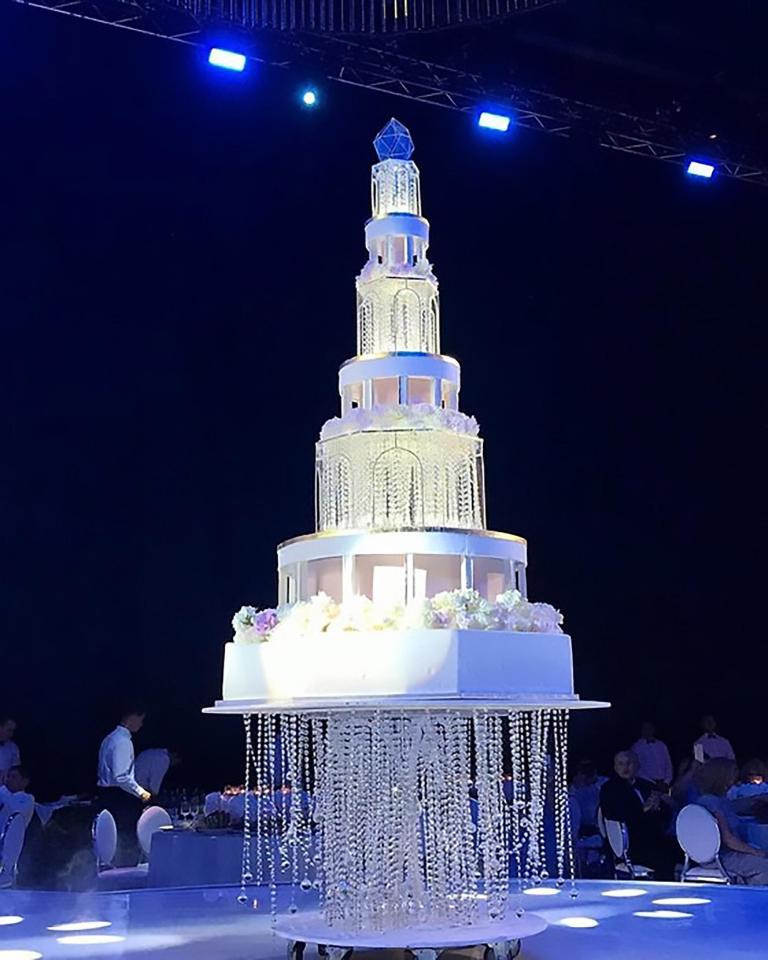 This gigantic rock has an asscher cut and looks like it’s absolutely flawless (for £6 million it had better be!). It’s secured with a double prong setting at each corner and is finished off with a triple band encrusted in more diamonds.

And in case you were baffled trying to figure out how Ksenia gets anything done with this gem on her finger, the answer is – she doesn’t. This is her ceremonial, ‘official’ ring. She has a second day to day engagement ring for normal occasions… which is still far better than anything we can ever hope to get our hands on. It’s a still pretty large round brilliant diamond on a semi-pave and platinum band, and we’re more jealous of that one if we’re being honest.

Big congrats to Ksenia and Aleksey!