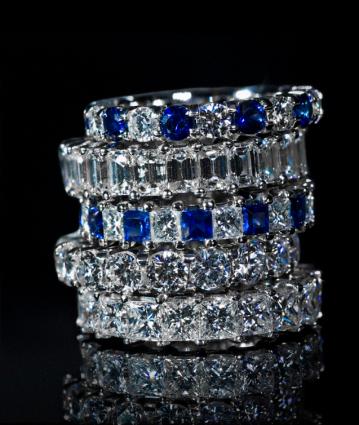 What is an eternity ring? When do you get one? What should it look like? We have answers…

The History of Eternity Rings

Remember DeBeers? They were once the most important diamond company in the world and almost held a monopoly on the world’s diamond supply at one point. To make ordinary folk desire diamonds, they devised an aggressive marketing campaign that basically made diamond engagement rings a thing. It was a successful campaign, because now most couples in the western world take part in the ‘tradition’.

Here’s where the story gets weird. Investigative journalist Edward Jay Epstein wrote in the 1960s about secret business agreements between DeBeers and the Soviet Union. In which DeBeers provided a ‘single channel’ controlling the world’s diamond supply in return for 90-95% of Russia’s uncut diamonds. Most of these diamonds were small (0.25 carats or less) however, and not in keeping with the trend of large diamond solitaire engagement rings.

Whatever the real truth, the fact was that DeBeers needed to market these smaller gems somehow. So they came up with a new concept; the eternity ring, a precious metal band paved with small white diamonds, marketed at older married women. The campaign’s tagline? “She married you for richer or poorer. Let her know how it’s going.”

When, Where and How?

The eternity ring is supposed to symbolise the eternal love of a marriage, and is given by the husband to the wife after a big milestone in the marriage. Some couples wait until their 10th, 20th or even 30th anniversary. Some men give it when the first child is born, and some give it after just a year! 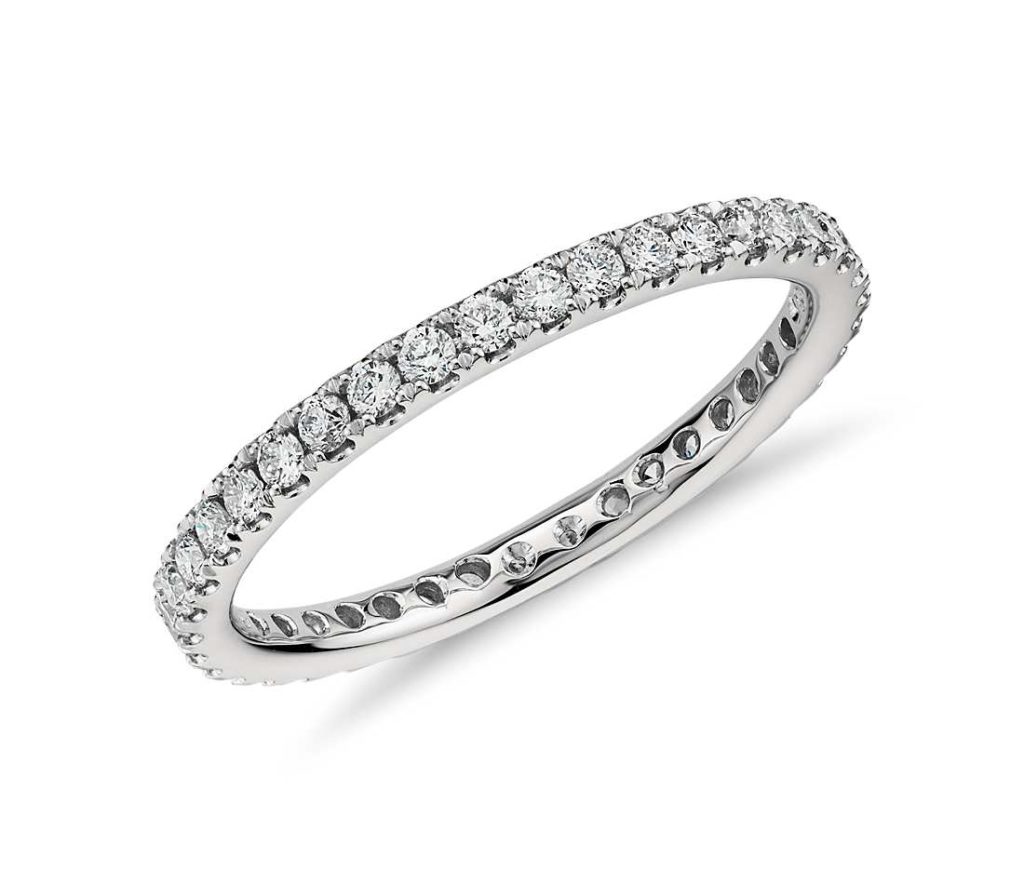 Because of the symbolism, eternity rings are supposed to have ‘no end’, i.e. the diamonds are paved across the entire band. In reality however, this makes eternity rings pretty much impossible to resize or modify, so many couples opt for a ‘half eternity’ ring, with stones on just one half or ¾ of the ring. Not the best name, but it is the most practical choice!

There is no defined tradition or etiquette involving eternity rings. Lots of women opt to wear theirs on their ring finger along with their engagement ring and wedding band. Some find it more comfortable to wear it on the opposite hand.

In recent years trends in engagement rings have also made their way to eternity rings. Coloured gemstones in place of diamonds are becoming more popular, and many brides are choosing ‘stackable’ designs to create a trio of rings that can be mixed and matched for various different looks. Another increasingly common trend is to use an eternity-style ring in place of a traditional plain wedding band.

Whatever you’re into, one can never have enough diamonds. Right?!