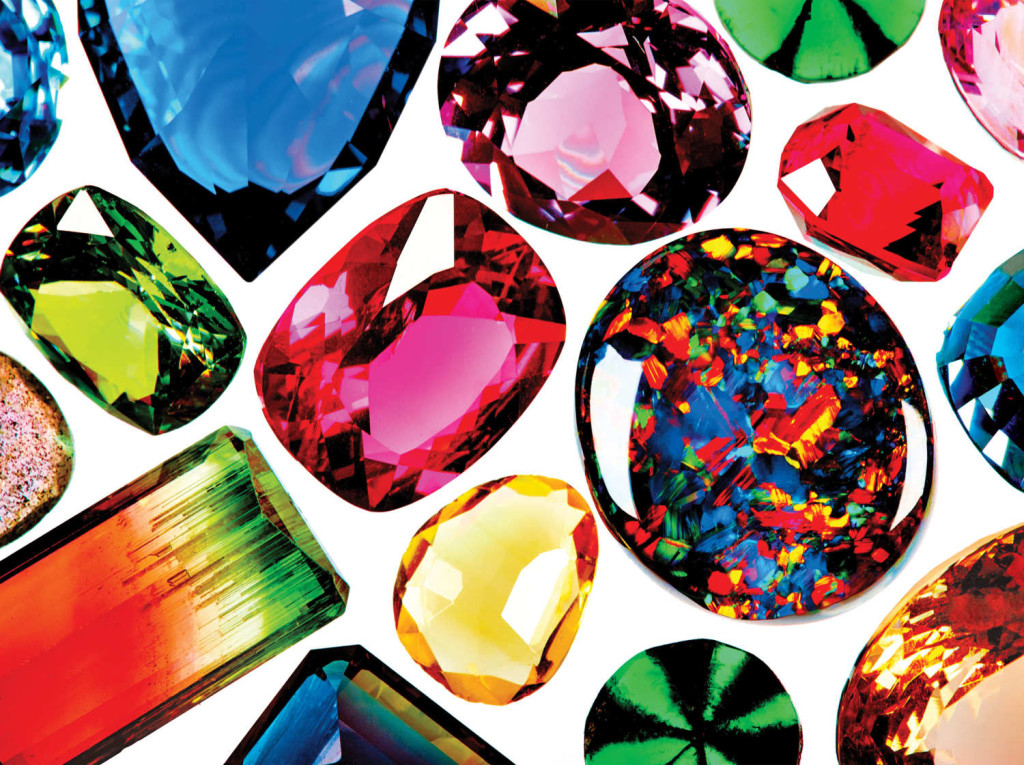 If you’re considering a coloured stone for your engagement ring, you should know there’s plenty more choice out there than rubies, sapphires and emeralds. Those three may be ‘precious’ gems, but there’s a whole rainbow of other colours out there. In fact, there’s more than enough to make up a whole alphabet. Well, almost – we left out four letters, but replaced them with plenty of extras elsewhere.  Here’s our A-Z guide of Coloured Gemstones.

Note: We detail the hardness and refractive index of each stone. Diamond, the hardest naturally occurring substance on earth, sits at 10 on the hardness (or Mohs) scale, meaning the only thing that will chip or scratch a diamond is another diamond. ‘Refractive index’ is the measurement of how light is distributed and reflected in and out of the stone; i.e how sparkly it is when it has been cut and polished. A diamond’s refractive index is 2.4.

Alexandrite is extremely rare and even more unusual. Depending on the type of light, it changes colour from greenish blue (daylight) to pinky-red (artificial or candlelight). Deposits have been found in Brazil and Tanzania so it has become more mainstream in recent years, but it’s still a highly unique choice. 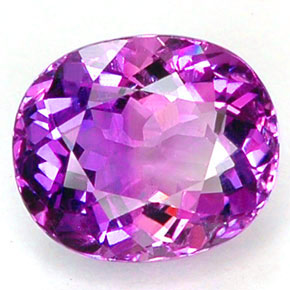 Once considered a precious gemstone, huge deposits of Amethyst were discovered throughout the 1800s resulting in lower prices, increased availability and a loss of its ‘elite’ status. Nonetheless, its beautiful purple hue has enchanted many people for centuries – the ancient Greeks even believed it could ward off drunkenness! 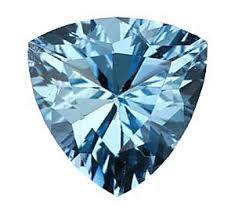 Aquamarine, or ‘water of the sea’, comes in a beautiful range of delicate light-blue to blue-green tones that look simply stunning when paired with diamonds or a shiny silver metal. This stone is actually a variety of Beryl, and light green Beryl can be transformed into Aquamarine when intense heat is applied.

First discovered in 1907, Benitoite can be found in just one single large deposit in California. It is extremely rare and therefore does not come cheap, but its deep sapphire-blue colour makes it truly mesmerising to look at. If you can find it and afford it, you’ll never want anything else. 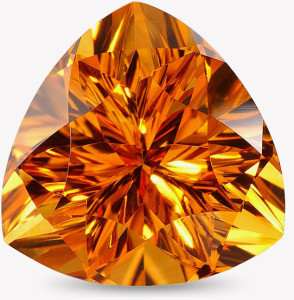 This bright yellow beauty is a variety of Quartz, and is not commonly found naturally. It can be easily produced by heat treating amethyst or smoky quartz, however. The greater the heat, the deeper the colour, meaning that Citrine can range from light golden yellow to brownish-red. 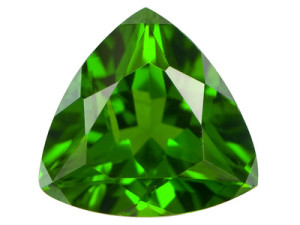 Diopside has the same rich green colour as emerald, and can make a cost-effective alternative. However, due to its low hardness it is likely to scratch and chip, so is not suitable for everyday wear. Until it made its way onto the mainstream jewellery market, it was considered to be a collector’s gem only. 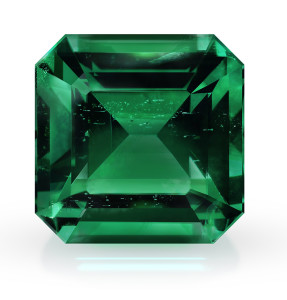 One of the precious gemstones of the world, Emerald has a deep green colour and high durability and rarity, so it doesn’t come cheap. It is actually the green variety of the mineral Beryl, so very pale green emeralds are actually classified as ‘green beryl’ instead. 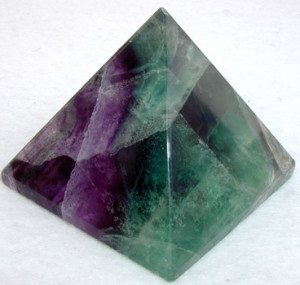 Its low hardness means it’s not entirely suitable for the mainstream jewellery market, but flourite, if you’re willing to take the risk of it scratching and breaking, is a very impressive gemstone. It’s found in large and often flawless crystals and it’s not uncommon for it to have two or more colours in one stone 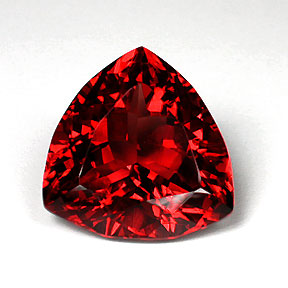 Garnet is actually a grouping of several minerals and comes in a variety of colours, but red is the most well known and most popular. With a good hardness level and refractive index, it makes for budget-friendly but still good quality alternative to rubies – and the colour more or  less matches too.

Hiddenite is named after William Earl Hidden, the man who discovered it in North Carolina. The town where he found it was then named ‘Hiddenite’ in honour of the new gemstone! Hiddenite has a mossy green colour and is extremely rare, but can make for a unique spin on your engagement ring.

Iolite has recently seen a surge of popularity since it is durable and and affordable, and because of it’s unique blueish-purplish hue that’s somewhere between sapphire and amethyst. In fact stones with an especially deep colour are often used as sapphire substitutes. As in most cases, the deeper the colour, the more valuable the stone. 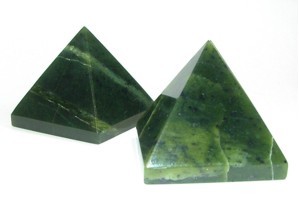 It can come in a variety of colours, but most associate Jade with green. Often seen in ornaments and sculpted pieces, it also makes a great addition to an engagement ring, especially when paired with decorative detailing like filigree. Jade is also commonly seen in vintage jewellery. 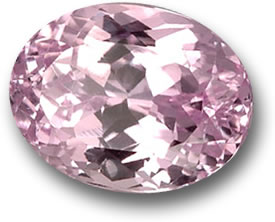 With its on-trend blushed pink colour, Kunzite has seen a sharp rise in popularity in the last few years, a rise that is only set to increase. It is ‘related’ to hiddenite and relatively rare, and it adds a unique twist to a typical diamond or white gold engagement ring. 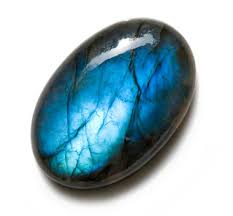 Labradorite has a metallic feel and reflects a range of colours from blue and green to yellow and red when it moves under light. An important feldspar gemstone, it is praised for its iridescence. If you’re looking for truly alternative addition to your ring, this weird and wonderful stone is it. 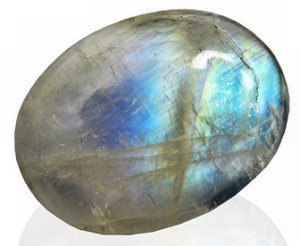 It’s all in the name; moonstone has an otherworldly glow that resembles moonlight and looks as though a moving light is floating across the stone. It really has to be seen in person to be believed, but trust us, wear a moonstone for a day and you’ll be treated to a simply gorgeous display of light, colour and beauty. 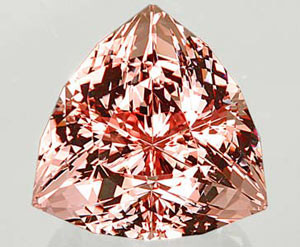 Morganite is a personal favourite of ours, simply because there is no more perfect match for the metal of the moment; rose gold. The pinky, coppery tones of Morganite perfectly pairs up with the warmth of rose gold. First discovered in 1910, it was named after banker JP Morgan, who was an avid gem collector.

Orange isn’t the new black: black is! Onyx is an incredibly beautiful, glossy stone that comes in one colour: deepest darkest black (albeit sometimes with a band of faint white running through it). When paired with silvery metals like white gold or platinum with some decorative detailing thrown in, it makes for a show-stopping engagement ring.

The most colourful of all gemstones, opal is similar to moonstone in the way that light and colour plays across its surface. The cost of opal varies greatly as the intensity and distribution of colour flashes determines its value. There are large deposits in Australia; so much so that it’s the country’s national gemstone. 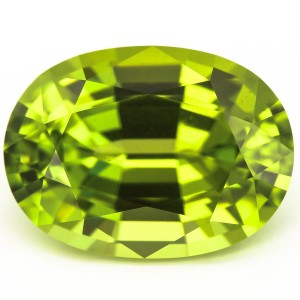 Yes, you’re reading that right; Peridot has an even higher refractive index than diamond. This bright green stone was a favourite of the ancient Egyptians, so it has a long and varied history in the world of jewellery. It can range from deep olive green to a bold green with a yellow tint. 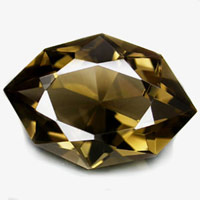 Another gemstone that has only recently become popular in the jewellery market, smoky quartz has an ethereal grey/brown/black tinge and can sometimes be opaque, but its translucent form makes an elegant addition to a ring. Smoky quartz was never historically important and (until now) has been overlooked for other more colourful forms of quartz like amethyst and citrine. 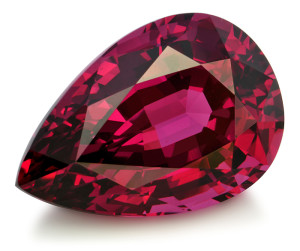 Rhodolite is similar to garnet except for it’s colour, which is more of rose-red than blood-red. Its durability and unique pink tinge means it’s becoming increasingly popular for those looking for alternatives to the standard diamond engagement ring, but who want something a little more left-of-centre and budget friendly than a precious gem. 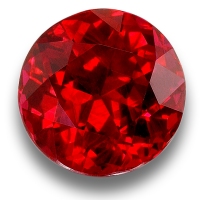 Of all the coloured gems in the world, Ruby is definitely the most sought after. Large transparent rubies are even more rare than diamonds, and the stone was held in great esteem throughout history; long before diamonds came to the fore. Naturally, a well cut ruby with good clarity will put a significant dent in your wallet, so be prepared.

Contrary to popular belief, sapphire comes in a range of colours. Deep blue is the most well known colour however, and ever since Princess Diana (and later Kate Middleton, aka the Duchess of Cambridge) donned a stunning sapphire and diamond engagement ring, they’ve been a highly popular choice. Like ruby, it is incredibly durable and has a very good refractive index, making it a top quality choice for a coloured gemstone. 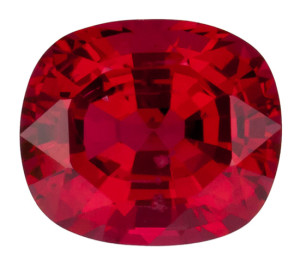 Spinel so closely resembles ruby in every aspect that until the late 19th century nobody was able to distinguish the two. Even the ‘ruby’ in the centrepiece of the Queen of England’s crown was eventually found to be a spinel. So if it’s good enough for her, it’s sure as hell good enough for you! 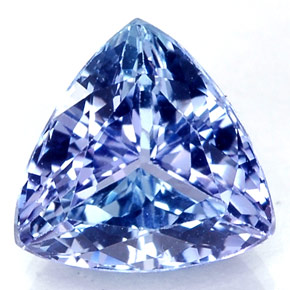 Think aquamarine, but with a violet instead of blue hue, and you’ve got tanzanite. One of the newest gems (it was only discovered in 1967), it has now firmly cemented its place as a mainstream gemstone in the jewellery market. So far it has only been found in the Arusha region of Tanzania, and was named after the country.

Available in a range of colours, the light blue topaz stone is probably the best known. With a hardness of 8, good availability, affordable prices and a unique appearance, it’s arguably the most popular coloured gemstone out there. Almost all blue topaz is irradiated (rather than heat treated) to improve its colour. 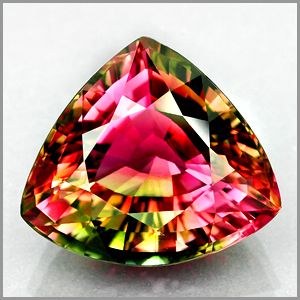 Tourmaline comes in all colours and colour combinations, but one particular type has stolen the jewellery world’s heart; ‘watermelon’, or pink graduating into green. It looks best in an emerald cut shape when set in rose or white gold, and is perfect for any alternative bride. 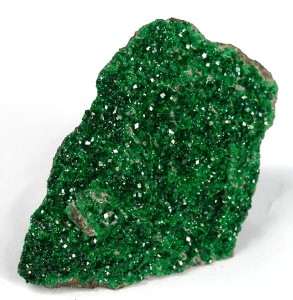 Although the deep green colour of Uvarovite is undoubtedly alluring, there’s something else that makes this stone stand out from the crowd; its unique texture. It occurs only in very small crystals, too small to be faceted, so uvarovite rings are left with a lumpy-bumpy texture that catches the light in an unusual way. 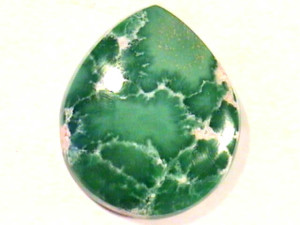 Due to its low hardness, variscite is only suitable for occasional wear. It does however bring a hand-crafted, vintage look to any ring it is added to thanks to its opaque quality, minty green colour and contrasting veins and splotches. Almost all variscite comes from Utah, so it’s sometimes also known as Utahlite. 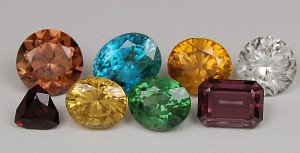 A historical gemstone that comes in many colours, zircon is often considered as merely a cheaper alternative to diamond. Trust us, it’s so much more than that! Choose any colour you like and you’ll find it as a zircon. Add two or more on either side of your diamond and you’ve got an instant favourite.