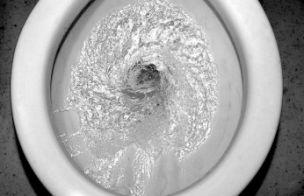 Every bride-to-be’s nightmare – apartment from something bad happening on the wedding day or to their husband-to-be – is losing their engagement ring. Not only is it worth a lot of money, it’s sentimental value is priceless and some brides even view it as a bad omen of things to come.

We’ve all heard the stories of engagement rings falling down toilet bowls, sinkholes, or slipping off undetected. Sometimes they’re never seen again, but plenty of times they’re recovered… eventually. Here are 8 of the weirdest places where engagement rings have been discovered (and thankfully returned to their rightful owners).

In an Election Ballot Box

Ireland held a general election last February, but one voter got more than she bargained for when she popped her ballot paper into the voting box – her engagement ring slipped off and fell in too! It’s against the election rules to open any ballot box before it’s time to count the votes, so the election officers instead tried to catch it with a ruler. Not surprisingly, that didn’t work.The ringless lady had to wait until the next day when counting began and the box was opened to retrieve her ring. Luckily the counting team were well aware of what happened and set about finding the ring first before counting the votes, and the ring was returned within minutes.How’s that for endorsing an election candidate?! 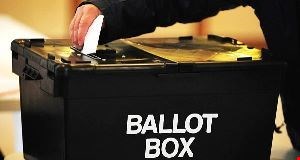 In a Homeless Man’s Cup

In 2013 in Missouri, Sarah Darling dropped some change into homeless man Billy Ray Harris’ cup. Her $4000 engagement ring accidentally went in too. Assuming he would sell it, Sarah feared the worst but still managed to track him down two days later. Billy had kept the ring and gladly gave it back. Seeing that he was a good man who was just down on his luck, Sarah and her fiance set up a fund for him which raised $180,000 in just a few months thanks to the story going viral around the world. Billy now his own home, his own car and a part time job, and has reconnected with his long estranged family (sniff).

At a Football Stadium

The big screen proposal at a sports game is one of the most tried and tested proposals in the book. But when Nikki Russell accepted just such a proposal from her love, it didn’t exactly go according to plan. After she said yes they spent the day celebrating, and when they got home later that night it was gone. Believe it or not the ring had slipped off while they were still in the stadium, and a fellow game-goer picked it up. Luckily they both thought to check Craigslist, and lo and behold, Nikki’s ring was returned.

In a Bag of Dog Food

This is a man’s wedding band rather than a woman’s engagement ring, but it’s so random we had to include it. Krista Berg bought a bag of dog food for her puppy Otto from her local store. When she opened it when Otto’s dinnertime came around, a shiny wedding ring popped out. Krista called got in touch with the factory where the food was made but nobody had lost a ring there. In the end, it turned out to belong to an employee of the store, who was very grateful to have it back. No word on whether his wife had enquired about its whereabouts! 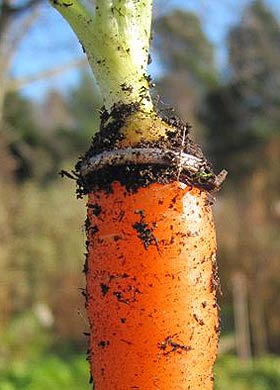 Lena Pahlsson was busying herself in the kitchen baking one day when she took her engagement ring off to avoid it getting all doughy. Forgetting about it for several hours, when she went back later that day to put it on again it was gone. Her and her husband searched high and low but couldn’t find it anywhere. Years passed and they never gave up hope; when they remodelled their kitchen they searched every nook and cranny of every appliance and fitting, but still no luck. Miraculously, 16 years after the ring had disappeared it showed up again – in the most unlikely place. Lena and her husband grow their own produce. She was unearthing some carrots when, lo and behold, there was her ring wrapped around one! The carrot had grown inside the ring, and she reckons it ended up there because the ring somehow made its way onto the compost heap. Either that, or the family’s sheep sneaked into the kitchen and stole it, which it had a habit of doing with food scraps!