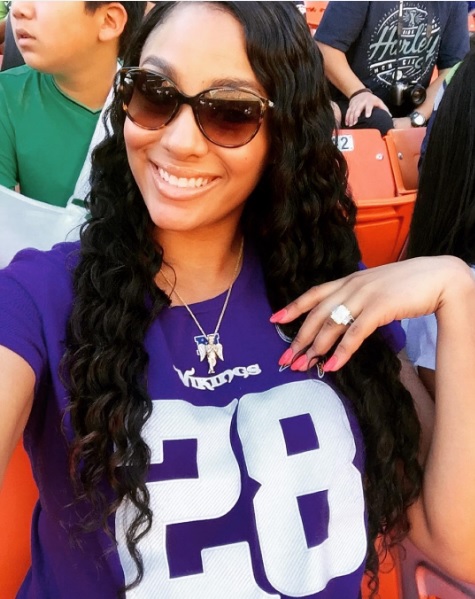 American football running back for the Minnesota Vikings of the National Football League, Adrian Peterson had given a glittering diamond ring to his girlfriend, Ashley Brown. The couple met while they were in college and had an on and off relationship since then. They were both wearing wedding rings at the Starkey Hearing Foundation gala in Minnesota in July 2014. A local reporter asked Ashley for her last name at the event, and she replied, “Peterson.” It was then confirmed that they were already married.