Hey, it can happen to anyone… we think?

When you work with your hands a lot, there’s always a slight risk that you could lose your engagement ring. If you work with food it could get dirty, or worse – end up inside the oven in whatever dish you’re cooking up! If you do a lot of gardening, your ring could end up six feet under (okay, maybe six inches under). And if you work for Amazon, it could be sent anywhere in the world boxed up in someone’s order… and that’s exactly what happened to one bride.

Tatiana Fernandez works at Amazon’s warehouse in Gourock, near the Scottish city of Glasgow. After a shift one evening, she realised something wasn’t quite right… her engagement ring was no longer on her finger where it belonged. Having broke the news to her husband-to-be Stuart (who also happens to be her co-worker), they searched the house high and low but to no avail. 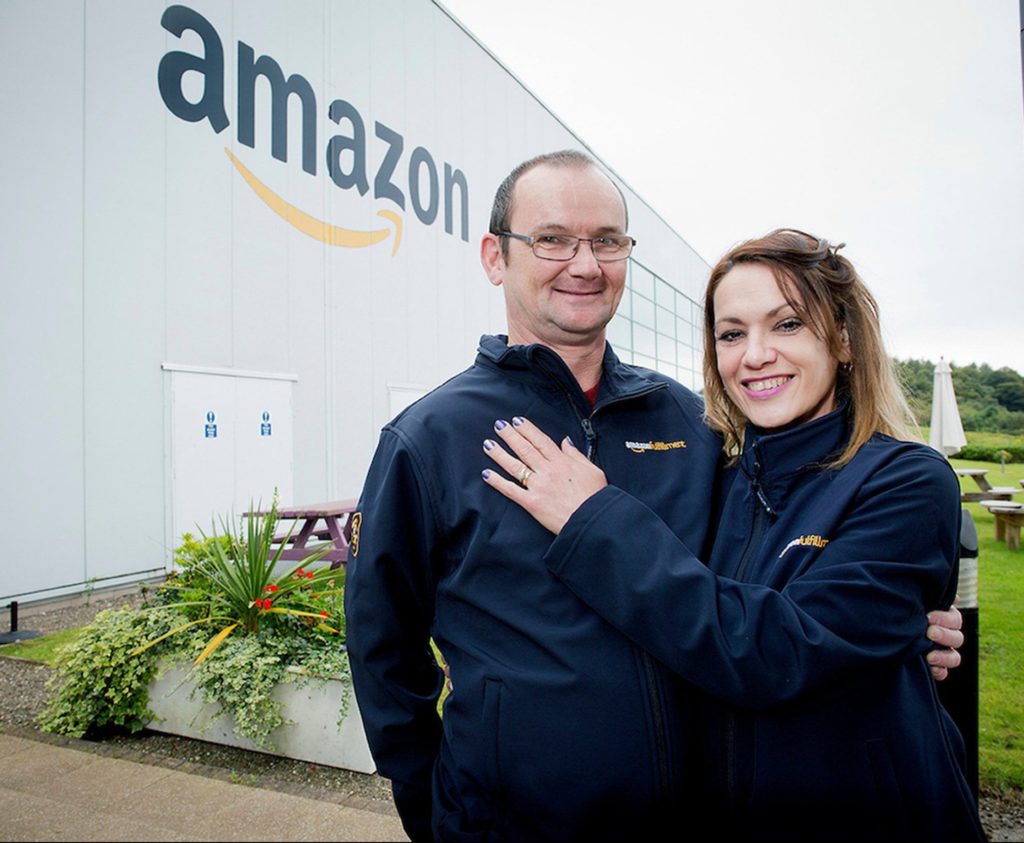 The next logical step was to retrace their steps back to the Amazon warehouse, where the couple’s colleagues also joined in the search. Again, their efforts were unsuccessful. Tatiana came to the conclusion that her ring must’ve ended up inside one of the boxes she had packed during the day… and she was right.

The ring had slipped off Tatiana’s finger when she was packing a box of children’s books, which had then been delivered to Stephenie Healiss in Manchester, some 200 miles away! When asked what went through her mind when she found the bling with her books, she said “I was surprised, yes. I could tell the ring had a great deal of sentimental value and know from my own experience that things like that cannot be replaced.”

Of course, Stephenie contacted Amazon immediately hoping to get the ring back to its owner. Amazon were only too happy to oblige, and Tatiana had her special piece of jewellery back where it belonged – on her finger – before too long.

“When I realised I’d lost my engagement ring I went through a range of emotions, from sadness to anger at myself for losing it.” Tatiana said. “I honestly thought it had gone for ever. When our leadership team got in touch to say a customer found it in their package, I couldn’t believe my luck. It’s such a relief to get my ring back and I’d like to say a heartfelt thank you to our kind customer for returning the ring to me.”

We’re glad this story had such a happy ending. Wishing you all the best, Tatiana and Stuart!