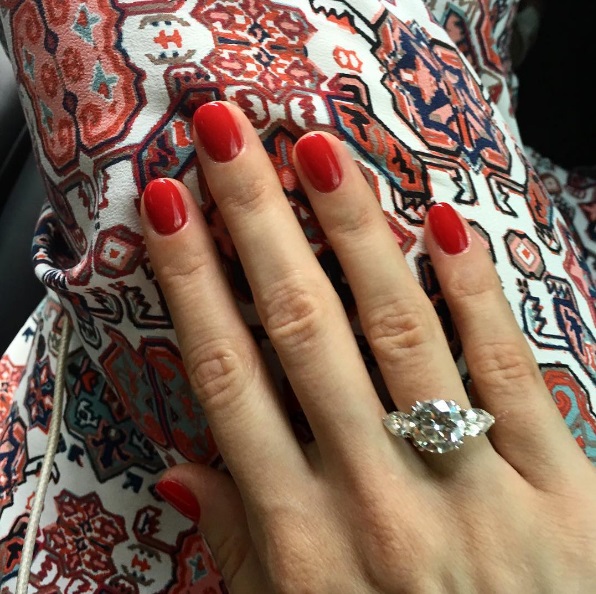 Russian professional ice hockey winger and captain of the Washington Capitals of the National Hockey League, Alexander Ovechkin had given a stunning diamond ring to his model girlfriend, Nastya Shubskaya. The couple announced their engagement on Instagram in September 2016. They tied the knot in August 2016 in Russia.