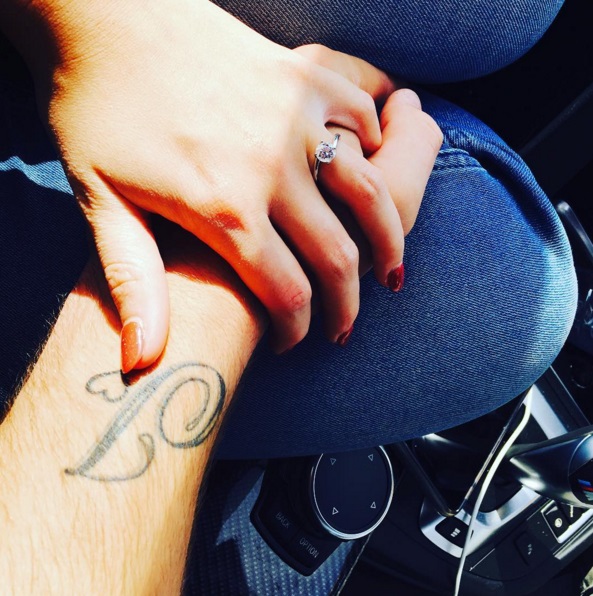 English actress from Bexley, London, best known for playing Lauren Branning in the BBC soap opera EastEnders, Jacqueline Jossa received a gorgeous diamond ring from TV personality and The Only Way is Essex’s, Daniel Osborne. The couple has been in a relationship since 2013. On 15 February 2015, Jossa gave birth to a daughter, Ella Selina. In June 2015, Jacqueline and Daniel announced their engagement. Daniel popped the question during a family holiday to Greece where they were celebrating Jacqueline’s sister’s wedding.