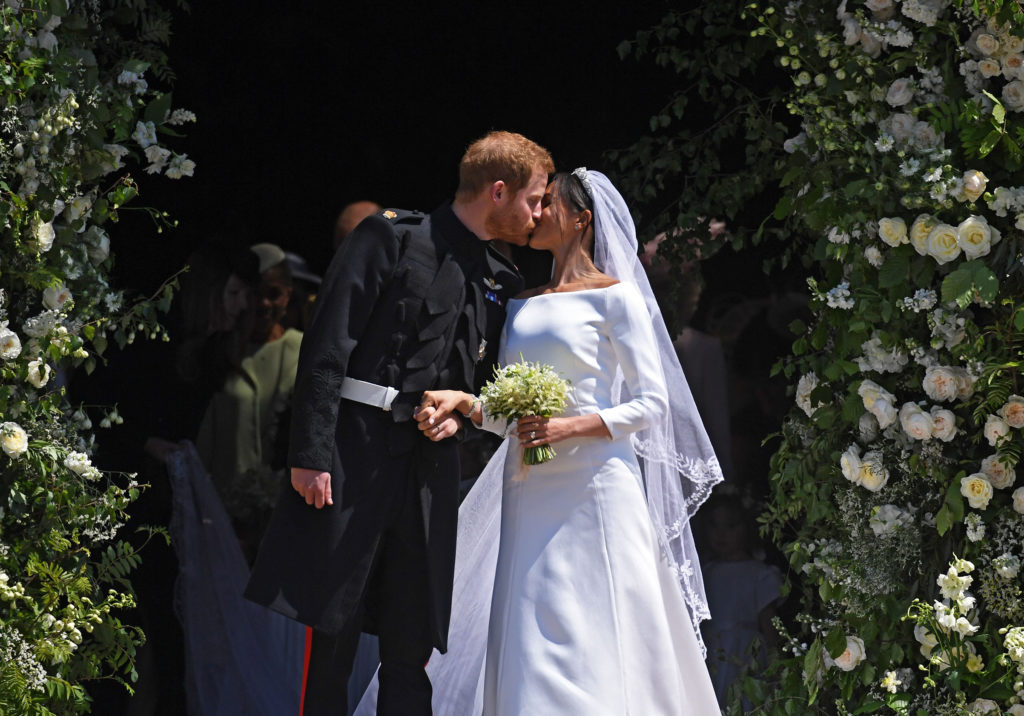 The world’s media went crazy for a certain royal wedding last week, and all eyes were on the beautiful Meghan Markle (now officially known as the Duchess of Sussex) as she married Britain’s Prince Harry. While most of the gossip columns we’ve seen have focussed on Meghan’s wedding dress – and before that her engagement ring – we thought we’d give the equally handsome Prince Harry some attention.

For a groom-to-be, choosing a wedding ring is not quite the same as picking out your beloved’s engagement ring. It’s usually a last minute decision, with not a lot of thought given to design or style. But here’s the thing. Harry and Meghan have a reputation as being a more modern, less conventional royal couple. They were super involved in the wedding ceremony, choosing everything from the music to the cake flavouring to reflect their personalities rather than royal traditions. So when it came to their wedding rings, they put equally as much thought and effort into it. And for that, we love them even more.

Prince Harry’s wedding band bucks tradition in one big way. Believe it or not, very few male members of the royal family wear a wedding ring at all. His brother Prince William opted not to wear one when he married Kate Middleton (aka the Duchess of Cambridge). Ditto for Prince Philip, the Queen’s husband. Prince Charles wears one, but on his pinky finger and tucked behind a signet ring so as not to draw attention to it. But Harry? He proudly wears his new bling on the correct finger for all to see. 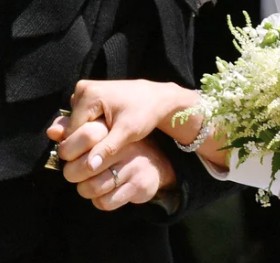 Harry’s band was custom made by Cleave and Company, the jewelers who make most of the royal family’s bling and who also made Meghan’s engagement ring. It’s a simple platinum band with a textured finish – a style-conscious choice that shows even royals sometimes follow fashion trends! Platinum is highly durable and almost impossible to scratch or damage, so whatever the Prince gets up to, his ring will still look shiny and new. The textured finish is a popular choice for grooms, too. Basically this is the ultimate contemporary choice, but it also has timeless appeal. And if it’s good enough for a prince, surely that’s the only seal of approval needed?

Just in case you haven’t reached royal wedding overload, Meghan opted for a yellow gold ring made from a nugget of Welsh Gold, from which other royal brides’ rings have been made down the generations. It was given to her by the Queen as a gift. It matches her engagement ring which is also yellow gold, and like Harry’s ring it was made by Cleave and Company too.

If you’re looking for inspiration for your own wedding ring, the newly married Prince is a good place to start. Congratulations to the happy couple!