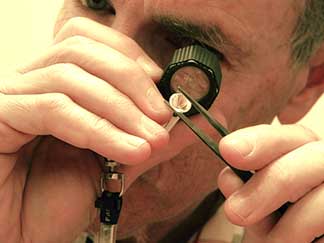 There is so much more to your diamond than beauty and sparkle. Gemology is the science of natural and artificial gemstones and gemstone materials, and people put in years of academic study to become a trained and qualified gemologist. Plenty of gemologists have made a huge impact on the jewellery industry – so here’s what you need to know.

What do Gemologists do?

In the jewellery industry at least, gemologists spend most of their time identifying, grading and appraising gemstones. While experienced gemologists could tell you most of what you need to know just by looking at a gem, they’re also trained to conduct a series of scientific tests to confirm the identity, chemical composition and various other technical details of a specific gem.

They generally spend a lot of hours in labs analysing and grading gemstones of all types, but there are countless gemologists who use their skills in other areas of the jewellery trade. Many work with auction houses to appraise gems, with jewellery designers to source their materials and advise on designs, as buyers or sales people for jewellery retail outlets, or even in museums!

The majority of gemologists start out their career in the jewellery industry in one of the above areas, and may move up the career ladder in whichever specific direction they choose. Since their discipline is very specialised, they’re generally in high demand and with enough experience and influence, often make significant changes to the jewellery world. Here are 5 ‘famous’ gemologists who have done just that… 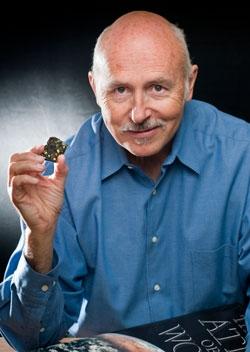 John Koivula is pretty much the best gemologist in the world at present. He’s the chief gemologist of the Gemological Institute of America (GIA), which is the leading authority on gemstones in the world. He’s written over 800 papers and articles on his subject, plus a few books too. And funnily enough John was also a writer for MacGyver, lending his vast scientific and technical knowledge during the show’s 7-year run (some even say he is the ‘real’ MacGyver!)

Koivula’s work has largely focused on gem inclusions and photomicrography (a photograph taken through a microscope to show a magnified image of a gem). He is responsible for making techniques like fibreoptic illumination, once considered very high-tech and cutting-edge, commonplace in the jewellery industry. More importantly however he conducted groundbreaking research into glass-filled diamonds. Diamonds with significant fractures are often filled with glass to make them less obvious; an unstable and dishonest practice to say the least. John’s work in this area helped the jewellery trade become more transparent and honest for consumers.

Antonio C Bonanno was a very highly regarded gemologist and appraiser, having worked with gems for over 60 years of his life. He was the founder and president of the National Gem Appraising Laboratory in the United States, which set the standard for gem appraisals in the US as well as most of the world. He also received the coveted title of Master Gemologist Appraiser from the American Society of Appraisers, which is the highest distinction they can give.

Antonio specialised in an intriguing area known as forensic gemology. Basically, forensic gemologists thoroughly examine a piece of jewellery using established forensic techniques. They can discern if a gem has been replaced or switched, if the piece has been altered in any way, causes of damage to jewellery or breakage to gemstones, testing of metals to determine if they’re genuine, and detection of period jewellery or fraudulent antiques. His expertise in this area meant that Bonanno was frequently called as an expert witness in high-profile court cases over gems and jewellery, inspiring many gemologists to improve the trading standards of antique and period jewellery.

The Antonio C Bonanno award is bestowed annually on one person who makes a significant positive contribution to the world of gemology, and the other 4 experts in this article just so happen to be recipients of the award! 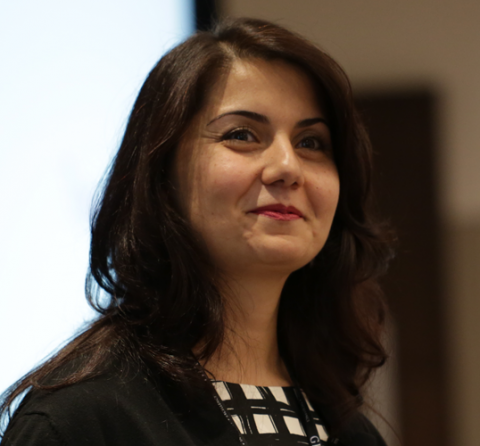 Cigdem Lule is the 2016 recipient of the above award, and for good reason. She has a background in research gemology and mineralogy, and has dedicated a significant portion of her career to something fascinating; identifying and examining gems from archaeological sites in order to better understand ancient civilisations and their interactions. How cool is that?!

Outside of that, Lule also works tirelessly for Gemworld International developing and teaching practical gemology workshops all around the world. She trains appraisers and gemologists in market dynamics of gemstones and how this affects their pricing, popularity and other factors. Her goals are to advance the discipline of gemology by establishing a strong network between the modern gem trade, gem laboratories, researchers, private collectors, museum curators and publishers. And she’s certainly well on her way to achieving it, if the last few years are anything to go by.

‘Cap’ Beesley is well known for standing up and shouting (metaphorically) about negative aspects of the gem industry and how they should be changed. He is the founder of the American Gemological Laboratories (equivalent in stature to the GIA) and Gemcore, a non-profit research and education organisation that creates awareness of issues in the gemstone industry. And that’s just for starters.

Beesley has brought about so many positive changes in the jewellery industry it’s hard to know where to start. He is the Director of Research for the Gemstone Standards Commission (which does exactly what you think it does) and this has been his driving force of late. Especially notable is his work in establishing universal changes in disclosure policies, especially with regard to auction houses. That means that any gem, new or antique, sold by an auction house must disclose any treatments or alterations that have been done to the gem. Believe it or not, that didn’t always happen.Through the AGL he also greatly improved certification standards. 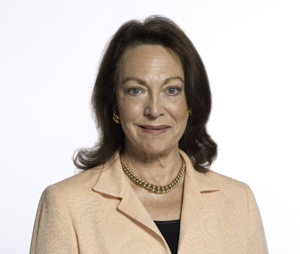 Antoinette Matlins, daughter of Antonio C Bonanno, followed in her father’s footsteps from a very young age. And the hands-on experience has paid off; she’s now the leading consumer advocate for gemstones in the US (and probably the world).

Matlins works with high-profile, private clients as a consultant, travelling all over the world to help them source top quality gems for their jewellery pieces. She also works with mining companies, jewellery firms and trade organisations to get those unique gems to happy buyers. Most importantly however, she spearheads campaigns against gemstone investment and telemarketing scams, and pretty much any kind of consumer issues within the jewellery industry. If her face looks familiar, you’ve probably seen her before; she regularly makes media appearances on TV radio, magazines and newspapers.

Oh, and did we mention she’s written 7 books (some alongside her father) on how to buy engagement rings, how to identify and select gemstones, and how to buy and sell jewellery?