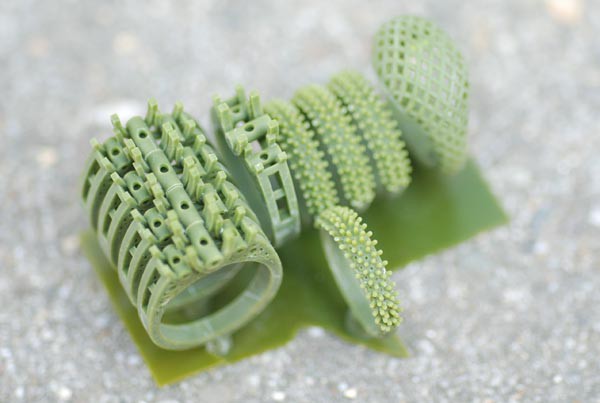 Is anyone else finding it difficult to keep up with the increasingly high-tech developments in the jewellery industry? We’ve just gotten our heads around how lab diamonds work, and now there’s a new technology in town; 3D printed engagement rings!

First used for the medical industry and for various engineering feats, 3D printing has now hit the mainstream and is being used in just about every area of manufacturing possible – jewellery included. Although it has yet to really take off, it offers couples a great chance to personalise their rings in ways jewellers may be unable or unwilling to do, and even to design the entire thing themselves if they so wish.

That’s exactly what one NASA engineer did when faced with the arduous task of finding the perfect ring to propose to his girlfriend with. Nghia Vuong designs extremely advanced computers and spacecraft for a living, so he figured designing an engagement ring wouldn’t be too difficult a task (he was wrong). He went through all of the usual steps every ordinary groom-to-be undertakes; finding out the ring sizes, likes and dislikes, visiting jewellers to see what’s out there – but, frustrated with the whole process (not to mention the prices), he went a step further and decided to make the entire thing himself too.

True to his engineering background, Vuong selected a choice lab made diamond from Brilliant Earth and set to work designing the ring around it. He also decided to include some additional smaller stones, namely moissanite and pallasite (peridot, in other words), the former because of its engineering links and the latter because, technically, it was formed in space! 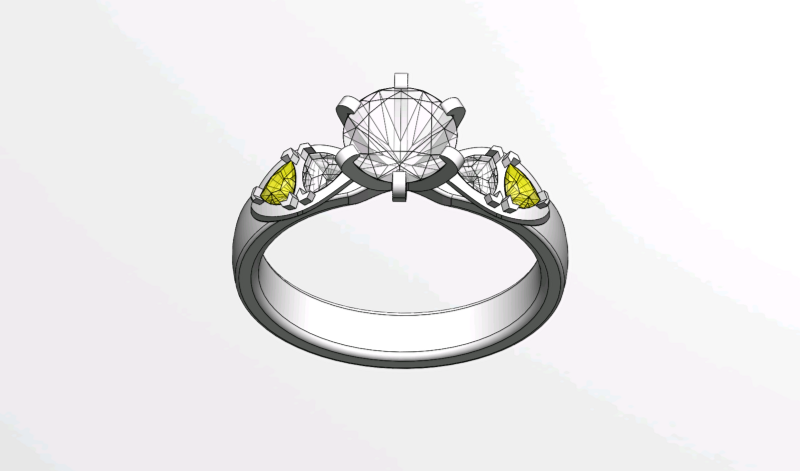 After painstaking research and multiple design iterations, Vuong established his final design – a high, six-prong setting to enhance the size of the (round cut) diamond, with two trillion cut stones on either side with a bezel and prong hybrid setting – one each of moissanite and peridot. Bear in mind that 3D printed objects are intended to come out as a ‘finished’ product; however Vuong needed to add the stones and bend the settings afterwards, presenting some problems.

Using silver and much less valuable practice stones, he conducted his first test using his 3D mould. After a bunch of modifications, he made the final ring using white gold and his real gemstones. Disaster struck when he accidentally drove the head of a screwdriver directly into one of the pallasites, but thanks to a not so speedy replacement stone, it all worked out in the end.

He estimates that he saved around 40 – 60% by making the ring from scratch, including the cost of production ($190 not including his own time) and the equipment he needed to make it himself. Again staying true to his profession, he subjected the finished ring to a number of tests before cleaning and finally popping the question. Considering the enormous efforts he went through to make this impossibly heartfelt ring, we’re guessing she said yes. 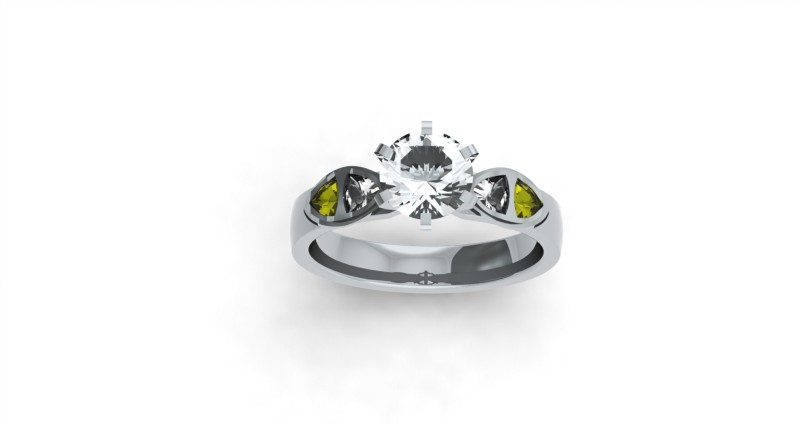 The full story of how Vuong made his ring makes for seriously interesting reading, and you can find it here:

(All images in this article are credited to Nghia Vuong and taken from the above source).