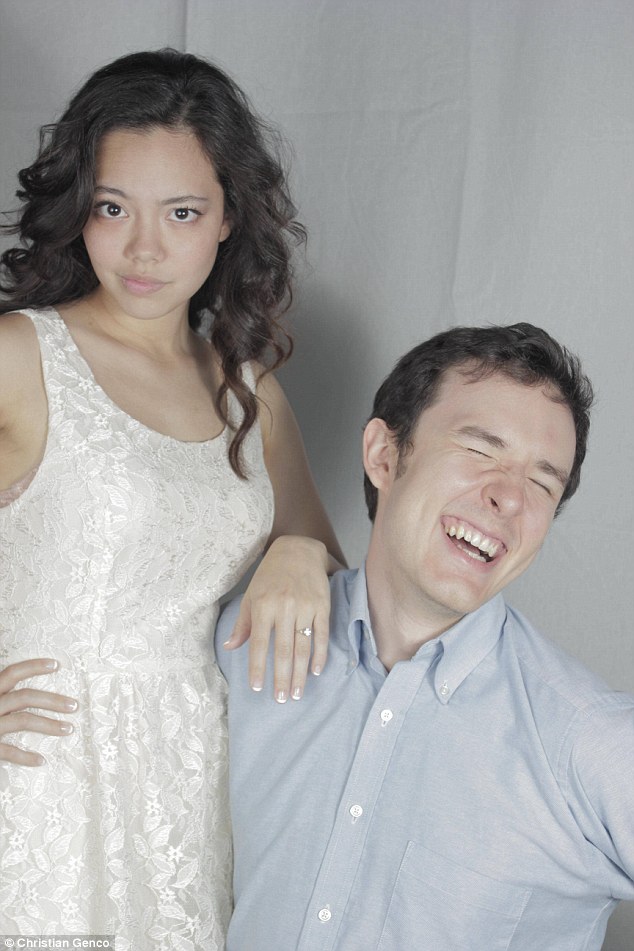 Some people save up for years to be able to afford the engagement ring they really want, and some spend a lifetime picking out exactly which stone, setting and cut they want. Texas man Chris Grenco and his now wife Elisa had no such qualms…

When the couple first got engaged and began looking at engagement rings, they weren’t exactly please when they saw the price tags. Rather than spend their much needed cash on a fancy diamond, they decided to take another route entirely… they decided to design the ring and buy the materials themselves, then get it 3D printed for a cost of less than $100.

Elisa picked out her dream design, customised it to her liking so it was little more personal, and then Chris sent it off to a jewellery designer. They also bought the materials; silver for the band and cubic zirconia stones, from Ebay.

Once the designer had worked his magic, they had a model 3D printed in silver, and then sent it back to the jeweller to set the stone (along with some back up stones just in case). Printing costs, design costs, and the back and forth with the jeweller racked up some extra costs, but all in all the finished engagement ring cost them just $508.

We’ll forgive you if you’re thinking it’s probably not all that much to look at, but look: it’s actually quite beautiful, isn’t it?

Granted, if they had used a diamond instead of cubic zirconium it would’ve increased the price by a lot, but there are other more diamond-like alternatives that are still pretty cost effective, like moissanite or lab grown diamonds.

So much for 3 month’s salary!