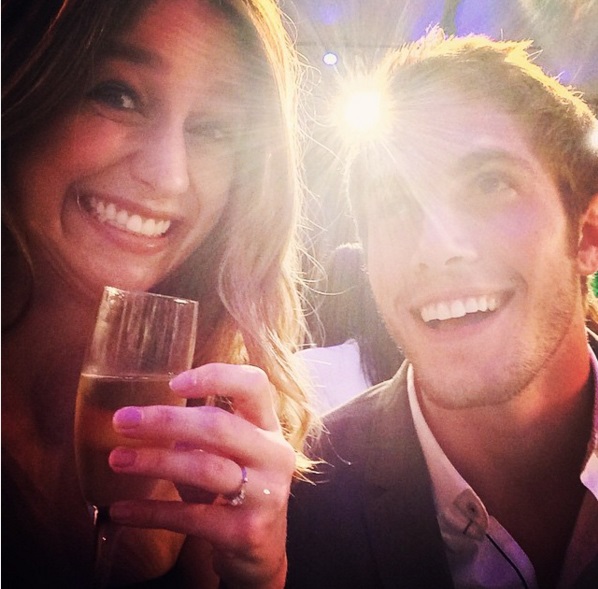 American actress and singer who starred in the CBS series Supergirl, Melissa Benoist flaunts a lovely diamond ring from her Glee co-star, Blake Jenner. Melissa and Blake dated for a year getting engaged in July 2013. The couple tied the knot on March 2015.