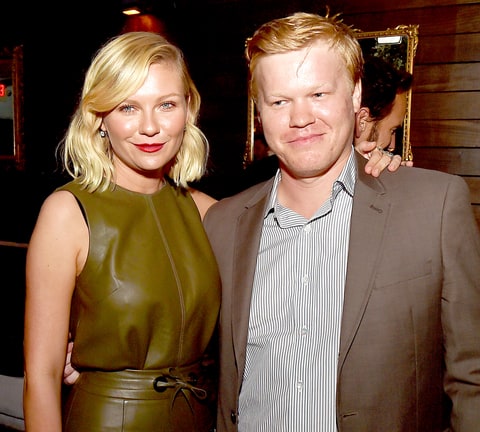 Every week we pick the best and worst engagement rings to emerge from the land of the rich and famous. This week, a movie star and a TV presenter show off some interesting sparklers…

You’ll know Erin Andrews from one of two TV broadcasts, depending on your interests; she’s the glamorous host of Dancing with the Stars AND a sideline reporter for Fox NFL. Quite the combination! The pro presenter has always had a strong love of sport, so it’s not much of a surprise that she ended up with Canadian ice hockey star Jarret Stoll.

The pair have been dating for four years and got engaged over the 2016 holidays. She hinted at the news by tweeting her new fiance when she took a trip to Lambeau Field, home of the Green Bay Packers, saying ‘this weather at Lambeau is really going to put a damper on my ring game.’ On-the-ball fans immediately figured out what she was hinting at, long before she debuted said ring a week later.

We find it hard to believe that any kind of weather could put a damper on this ring. It’s a dazzling cushion could diamond that has to be a minimum of 4 carats. It’s set in platinum without much detailing, although it’s possible there are baguette stones either side. It’s big, classy and very, very sparkly.

Our Verdict: We’ve always loved Erin’s chic but simple style, and this ring is no different. It’s a timeless design and boy does it shine when the light hits it. Very good choice.

Kirsten Dunst has been making movies since she was seven years old. You’ve probably seen her in Interview With the Vampire, Bring it On, Spiderman, and most recently on your TV screens as Peggy Blomquist in Fargo. There she met Jesse Plemons (aka Ed Blomquist).

After playing a married couple alongside one another on set, it seems the pair got sick of pretending and decided to tie the knot for real! We have no doubt their real life marriage will be the complete opposite of their not-so-happy TV one. 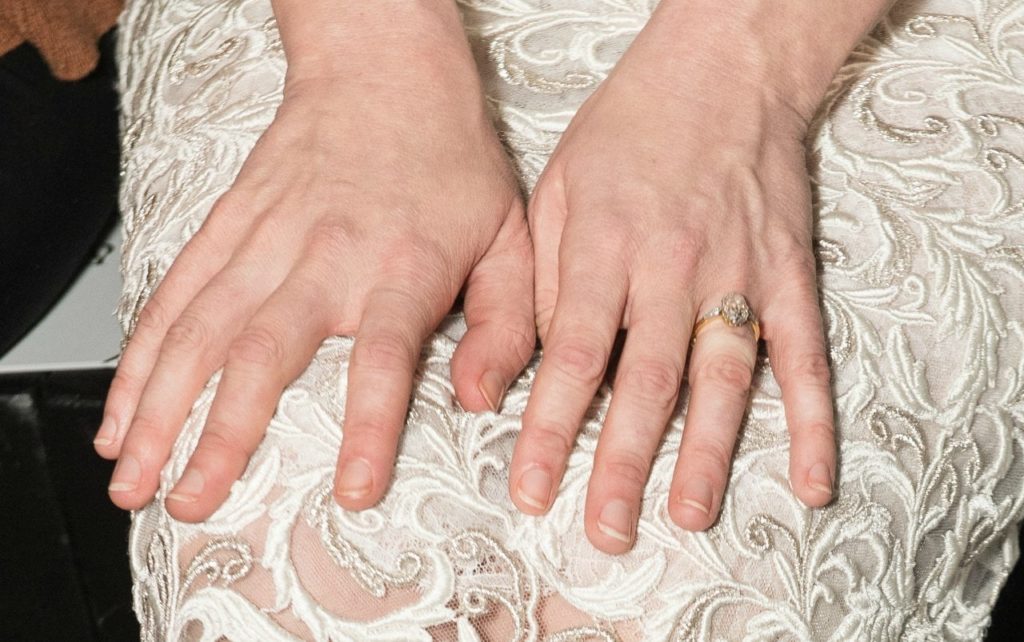 Kirsten has always seemed like a low-key, low-fuss kind of girl, so we were expecting her ring to match. And? It pretty much does. Although it’s definitely not a low-key kind of size, the overall design is fuss-free. It’s a square or cushion cut diamond solitaire on a yellow gold band, and we’re going to take a wild guess and say it could well be an antique.

Our Verdict: We love Kirsten, but we don’t often love her style. This ring is definitely the right choice for her, but we can’t help but feel that it lacks a certain Hollywood wow factor. Having said that, we definitely wouldn’t turn it down if it was presented to us!