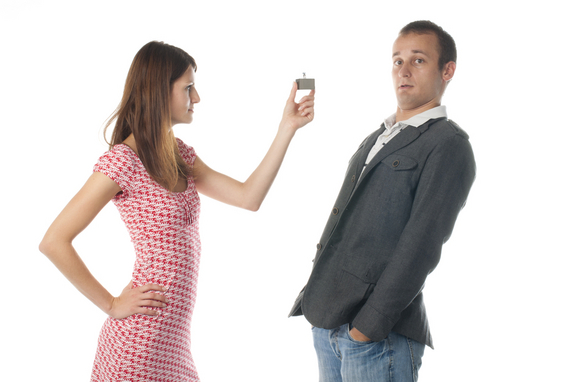 With another Valentine’s Day done and dusted, you’ve no doubt seen an influx of happy engagement announcements come your way over the last few days. We certainly have, and it got us thinking – there’s bound to be some interesting stories out there about marriage proposals gone wrong…

As per usual, Reddit had the answer straight away. Here’s a choice selection of some of the best proposal horror stories we found – you can read the full thread here if you’re so inclined.

The Case of Mistaken Identity

“I totally have one about my dad: many years ago he (Steve) was at the beach with his girlfriend (Julie) of about 2 months, and one of those planes with a banner out the back flew past, with the message ‘Julie, will you marry me? -Steve’. Julie apparently freaked out and ran off, while my dad was trying to explain that it wasn’t his doing, he had no idea. He thought it was his friends’ idea of a joke, when he walked down the beach and met a very happy couple, called Julie and Steve.”

The Drop in the Ocean

“I saw a guy get shot down at the beach… she left crying and he just collapsed and laid there in the sand until the tide almost washed him away…. then he got up and started yelling, throwing the ring in the ocean… me and my drinking buddy spent the rest of the afternoon looking for the ring with snorkels we bought from the gas station…”

“A friend of mine once said ‘yes’ to her boyfriend, who had proposed to her at a carnival in front of a LOT of people. When they got into the car to drive home she told him she didn’t really want to marry him, she’d just wanted to spare him the embarrassment of getting turned down in front of all those people. He stopped the car and made her get out. She walked home alone and they never spoke again. Fun stuff.” 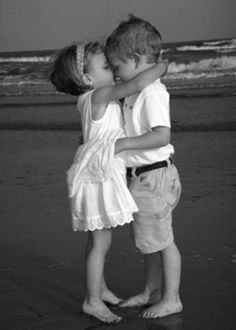 “There was this kid I knew who really started stressing about marriage while in kindergarten, even asking me to be ‘the one.’ When I said no because of the age difference, the kid was like, “How will I ever find someone to marry me!?” in a really dramatic tone.”

“I had been dating this guy for three months at University. After class one night we were strolling through the streets of Detroit. We found this beautiful little place with all these trees (and oddly, no bums). The conversation was great, the night was beautiful, it was perfect. Out of nowhere he asks me to sit down under one of these lovely trees. Sounded good to me, I was tired. He stammered out something about loving me. I told him I loved him too. And then, “will you marry me?”

… I laughed at him. I thought he was kidding.

He shrugged it off and the incident was forgotten about. It wasn’t until three years later when he tried it again I found out he was serious that evening. We’ve been together for seven years, married four. I still feel horrible.” 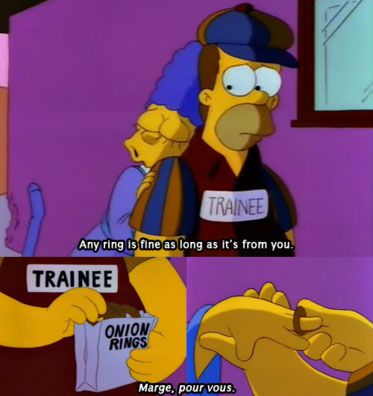 “My sister said “yes” in the Burger King drive-through. He proposed with an onion ring. And they were both working there. EDIT: I forgot the Simpsons did that. Talk about unoriginal on his part.”

“I once drunkenly tried to convince my friend’s girlfriend to marry me. When she said “no”, I even got down on one knee and asked again. Before she could even answer, I tipped over and passed out. I did not believe that this really happened until one of my other friends showed me the video.”

“When I was in 1st grade the girl who sat behind me (as in our backs were to each other separated by a narrow aisle) had the same last name as me. Being the non-confrontational gentleman that I am, I figured I’d ask her to marry me because she wouldn’t have to change her last name. It was the smoothest moment of my life as I leaned back in my chair, balancing it on the 2 back legs, so my head popped in from behind her right hand side and just flat out asked her to marry me. She of course said “no” and my 6 year old heart was broken… for about a second. I then flopped the chair back forward and continued on with my Phonics book.”

The Iron Stomach (Not) 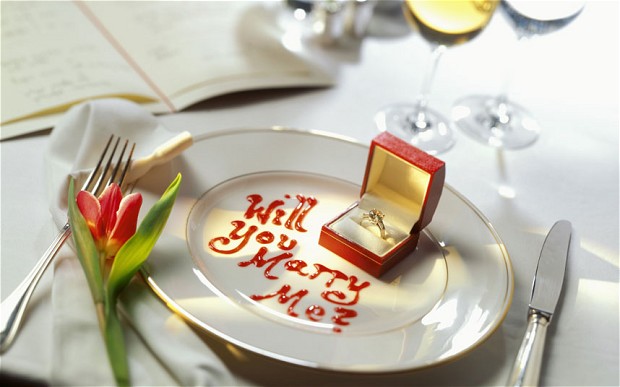 “A woman I know had been dating this man for 2 years very seriously. She was in love and wanted to get married, and had been waiting for a proposal. It didn’t happen and she (the assertive woman she is) decided to take matters into her own hands, and bought a ring to propose to him with.

She made reservations at a nice restaurant and arranged to have a corner seat where she can snuggle up next to her boyfriend (women apparently don’t get down on one knee). About 45 minutes into the date, she grabs him around one arm, kisses him on the forehead, tells him she loves him and wants to be with him forever and then pulls out a ring. He subsequently becomes nervously sick to his stomach and runs to the bathroom to puke and doesn’t return. She is distraught, but when she gets home she calls him, he answers and apologizes for his behavior; she being the romantic she is doesn’t want to ask over the phone for an answer, so she asks if he will get dinner the next night. At the same restaurant. He agrees.

The next night comes and he fully expects it to happen again. She asks him if he had thought about last night, he immediately gets nervous. She asks if he has an answer… He runs to the bathroom and doesn’t return. At this point, she is convinced he wants to say yes but is just too nervous. She calls again and schedules a date 2 days later. She meets him there and as soon as he sits down, he says “Yes”.

They proceeded to get married and 30 years here I am writing about my assertive mother, and nervous father. Glad it worked out though.”

“I once went to a hypnotist show. This guy was hypnotized to propose to his girlfriend (with her consent). She said yes after he gave a very honest speech of their relationship but later he woke up and forgot the proposal. Upon leaving the show I see her buying a recording of the show and a few weeks later they come into my shoe store and I ask about it. He turns beet red and she laughs her ass off. They are not married but very much in love.”

I posted this a while back in another thread. I was out with my girlfriend, and one of her friends. Her friend distracted her while I got up on the roof of the building. They were standing near a large window when out of the sky, I rappelled down the side of the building, and in front of said large window. When she saw me, I knelt down on the windowsill (somewhat tricky), and popped the ring box. She cried, shook her head no, then ran down the hall. So there I was, dangling 60 feet up, with a broken heart.