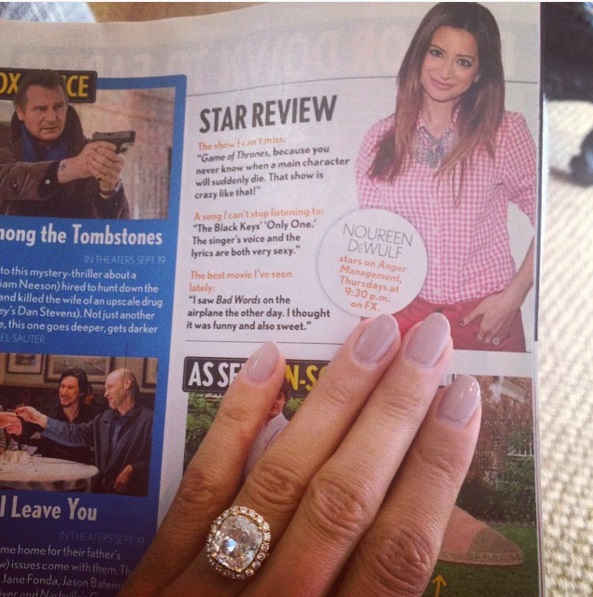 American actress who starred as Lacey in Anger Management and is best known for her roles in films such as West Bank Story, Ghosts of Girlfriends Past, and The Back-up Plan, Noureen DeWulf accepted a glittering diamond ring from National Hockey League goaltender Ryan Miller. The couple got married on September 3, 2011 in Vancouver, British Columbia. They have one child together.