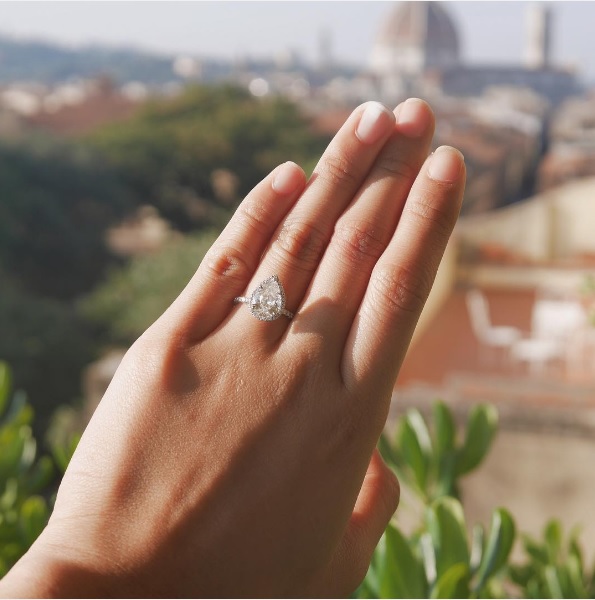 Filipina actress, television host and model, Isabelle Daza received a lovely diamond ring from French businessman, Adrien Semblat. They dated for six years before the engagement and confirmed that they were engaged in February 2016. The couple tied the knot on September 10, 2016 at the San Francesco Church in Tuscany, Italy.