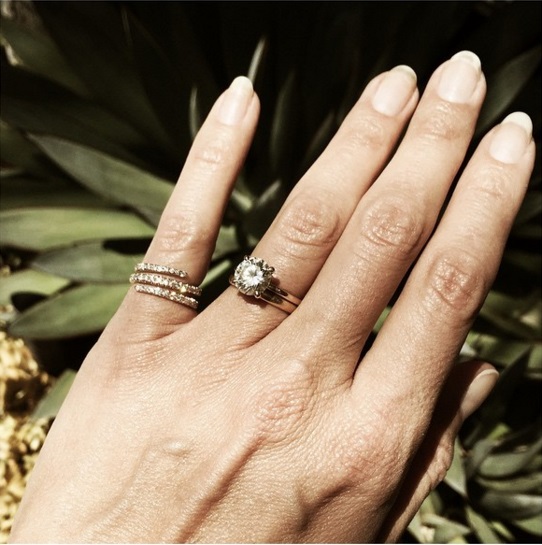 English television presenter, actress, singer and model, Cat Deeley received a gorgeous diamond ring from Irish comedian and television personality, Patrick Kielty. The couple revealed that that are dating in early 2012. They tied the knot in Rome on September 30, 2012. They have a son born on January 19, 2016.