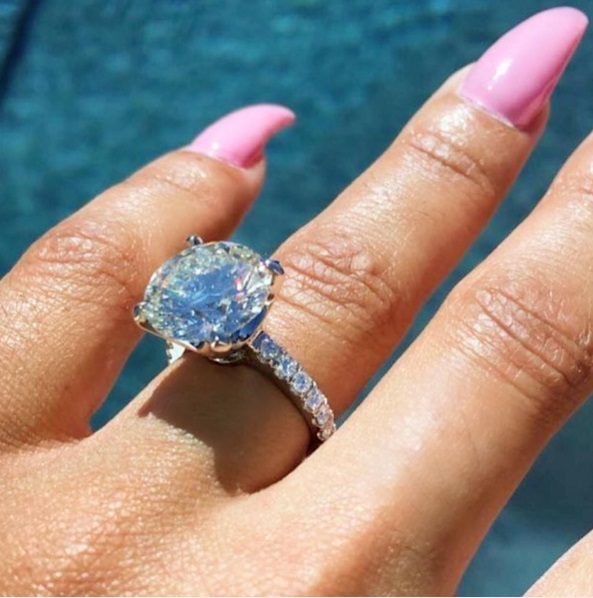 American model and entrepreneur who is often referred to as a “video vixen” due to her frequent appearances in hip hop music videos, Blac Chyna flaunts a stunning diamond ring from American television personality and businessman, Rob Kardashian. The couple started dating in January 2016. The couple announced their engagement via Instagram after 3 months of dating on April 5, 2016.