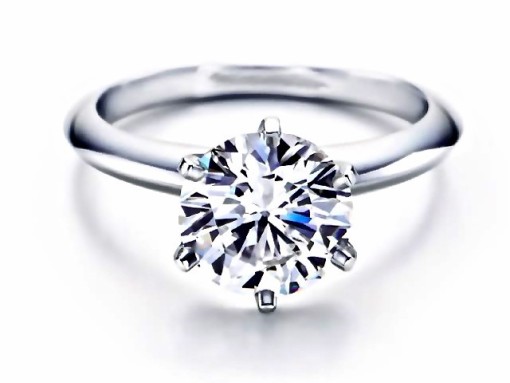 Because it just turned 130 years old!

Everyone knows Tiffany and Co., one of the world’s most famous jewellers known for their little blue boxes and exceptional quality. But did you know that classic engagement ring design, the diamond solitaire in a six-prong setting, was created by Charles Lewis Tiffany all the way back in 1886?

Around 1886 jewellery was characterised by the Victorian period. That meant gemstones that were set low against the band, which usually featured heavy embellishment and engraving. In a word, it was fussy. Meanwhile, Tiffany and Co. were sourcing diamonds of exquisite quality from all over the world. Not a fan of the elaborate designs at the time and wanting to show off his flawless gems in the best possible way, Charles Lewis Tiffany decided to take matters into his own hands and create a brand new, uncomplicated and elegant design.

The more light that can shine into and out of a diamond, the brighter its sparkle. So Tiffany needed a setting that would keep the stone in place with the minimum amount of metal used. He also wanted to raise the diamond above the band to make it appear bigger and as if it was ‘floating’ above the metal. Enter the Tiffany setting. 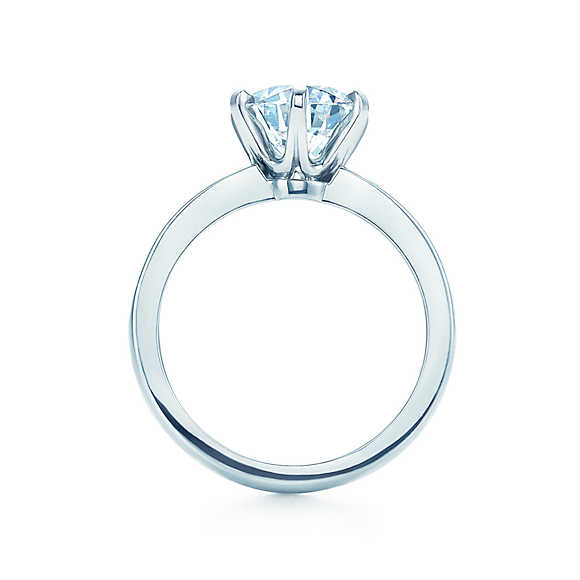 The Tiffany setting consists of a round brilliant diamond held in place with 6 metal prongs at equal distances around the stone. The V-shaped prongs sit flush with the edges of the diamond to keep it from moving and fold slightly over the girdle to keep it from falling out. It’s the perfect ratio of security and light exposure, with the light entering from the table and crown completely unimpeded.

Where the prongs meet there are small gaps to expose the culet (the point of the diamond) and make it appear as though it is floating in place. Each prong setting is made to measure exactly with each diamond, and the band is kept completely free of any decoration so that all of the emphasis is on the diamond.

The resulting ring design was so popular that Tiffany and Co. had to issue statements warning customers against imitations. It rapidly became ‘the’ engagement ring design that everybody wanted, and it’s still the most popular choice today. Other settings such as the tension setting arguably let more light into the stone depending on the design, but none have been able to achieve the same sparkle vs. safety factor that the Tiffany setting has.

Wonder if Charles Lewis knew he was setting such a precedent when he designed his simple and sweet ring back in 1886? Judging by the incredible success Tiffany and Co. has had since then, we think he may have had an inkling…