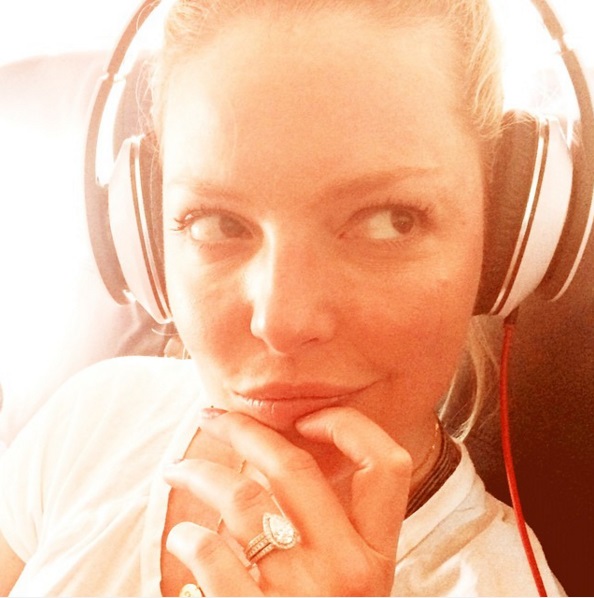 American actress who played “Izzie Stevens” on ABC’s medical drama series Grey’s Anatomy, Katherine Heigl received a diamond ring from singer Josh Kelley. Josh met Katherine in spring 2005 when she appeared in his music video Only You. One year later in June 2006 they became engaged. They were married on December 23, 2007, in Park City, Utah.

Ring: Platinum (half of the platinum band is from her mother’s engagement ring)