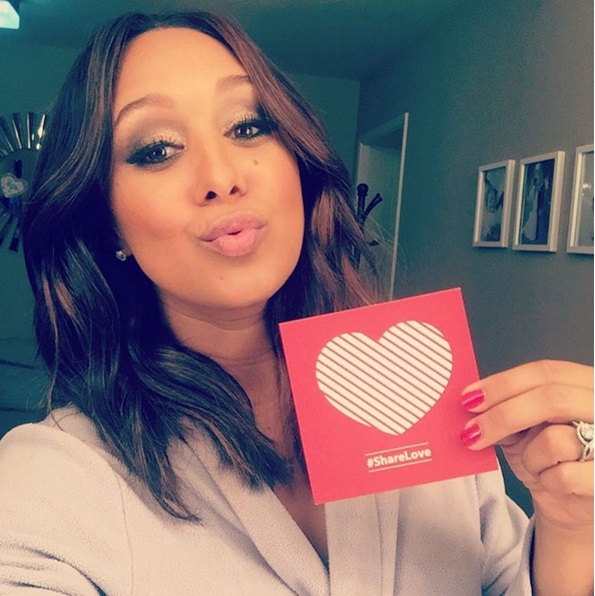 American actress and model who gained fame for her teen role as Tamera Campbell on the ABC/WB sitcom Sister, Sister, Tamera Mowry flashes a dazzling diamond ring from Fox News Correspondent, Adam Housley. Adam popped the question during a trip to Venice in January. The couple got married on May 15, 2011 in California’s Napa Valley after six years of dating. They have two children named Aden John Tanner and Ariah Talea.