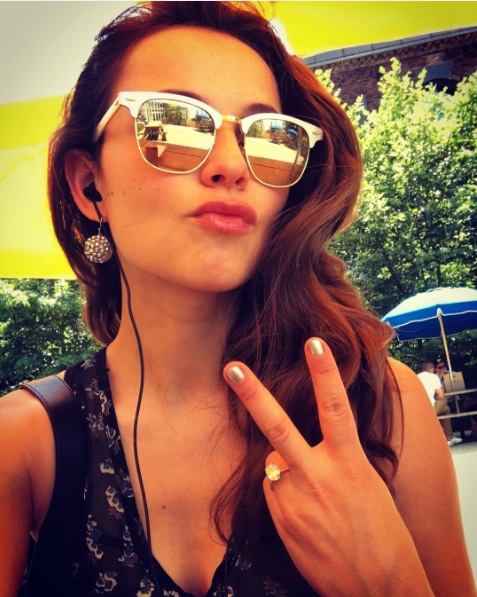 American figure skater who is the 2006 Olympic silver medalist, a three-time World Championship medalist, the 2003 Grand Prix Final Champion, and the 2006 U.S. Champion, Sasha Cohen flashes a glittering diamond ring from her boyfriend, Tom May. The couple announced their engagement on July 5, 2015. They tied the knot on August 20, 2016 in Cape Cod, Massachusetts.