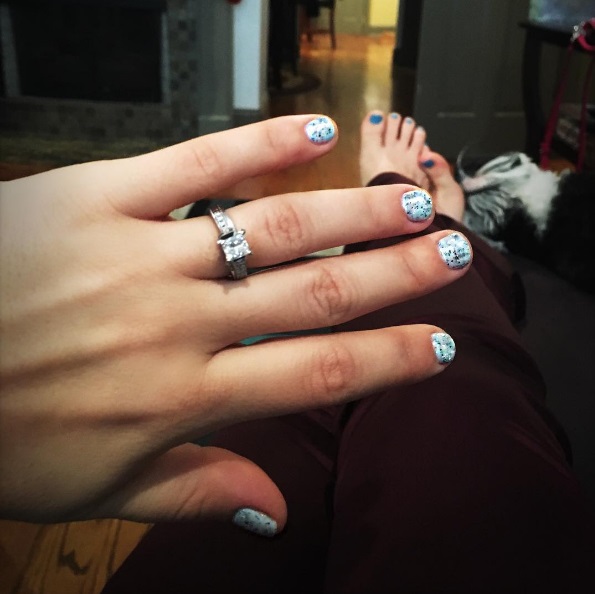 American country rock singer, Rachele Lynae flaunts a glittering diamond ring from musician, producer and lighting director Tim Creedon. Rachele first met Tim when he became the drummer for her band. Rachele revealed the exciting news of her engagement to her fans via Twitter on October 5, 2015. They tied the knot on May 26, 2016 in a private ceremony outside of Nashville.