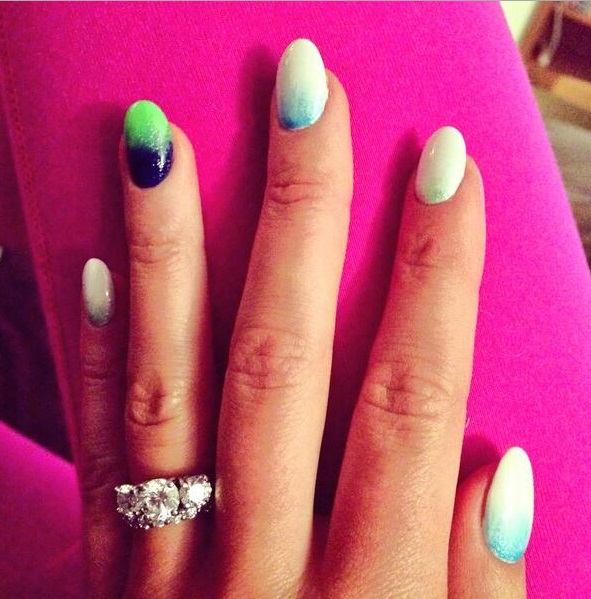 An active American football placekicker for the Seattle Seahawks of the National Football League, Steven Hauschka had given a stunning diamond ring to his girlfriend, Lindsey Jones. Steven and Lindsey first met when were seniors at Middlebury College. The proposal happened on Christmas Eve in 2009 at Lindsey’s parent’s house in Minnesota.The couple got married in June 2011 shortly after Lindsey graduated from Boston College Law School.

Diamond Shape: Round Cut With Two Round Side Stones