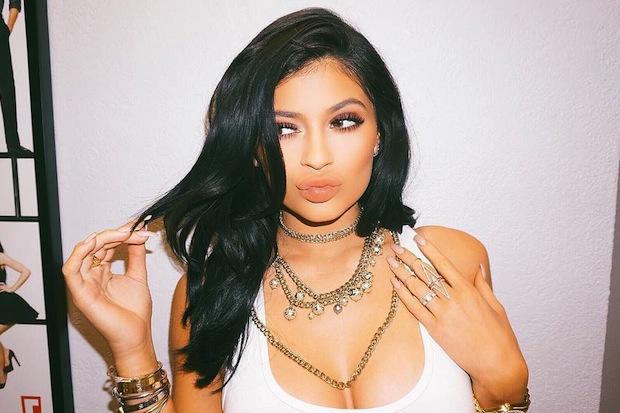 Being one of the Kardashian clan (klan?), Kylie Jenner’s personal life is played out on reality television for all to see. Even when the cameras aren’t rolling she has a huge social media following that she constantly engages with, and is followed by paparazzi wherever she goes. So whenever she happens to wear a ring on a certain finger, speculation becomes rife that she’s gotten engaged (despite the fact that she’s 19 years old). 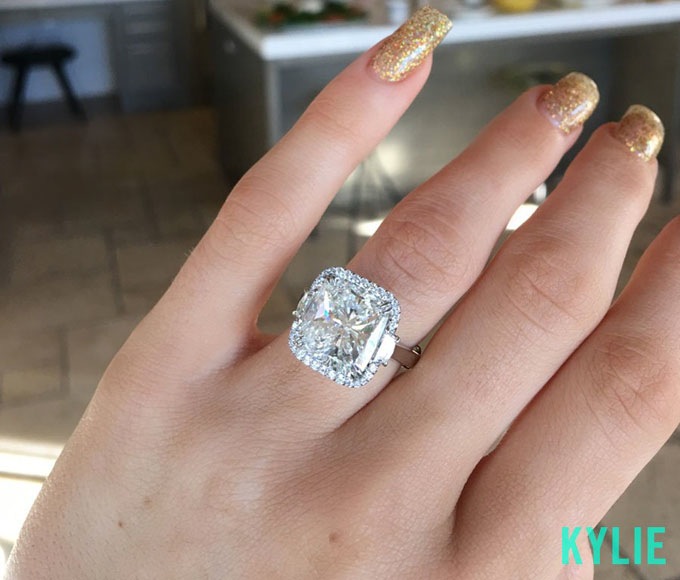 So far it seems Kylie is merely just wearing nice engagement-style rings because she can, and we see nothing wrong with that. But we do see a fun opportunity to compare two of them! The first is this beautiful cushion cut number that boyfriend Tyga reportedly gave to Kylie – but just as a regular present, not an engagement ring. It’s got a tiny diamond halo setting and a platinum band, and the centre diamond is big enough to cover the width of her finger.

Our Verdict: For someone of Kylie’s fame and fortune, this non–engagement ring is absolutely gorgeous. We’d happily accept is as a gift even without a certain question attached, and it makes a show-stopping engagement ring too if you ask us. Just look at that fire and brilliance and we challenge you to not be mesmerised.

Kylie has a lot of jewellery, and recently she seems to be favouring a different but similarly bling-tastic ring. Her rapper boyfriend Tyga has gifted her with something sparkly again, although they’re still not engaged. Maybe this one came as a reconciliation gift after they temporarily broke up? Who knows. 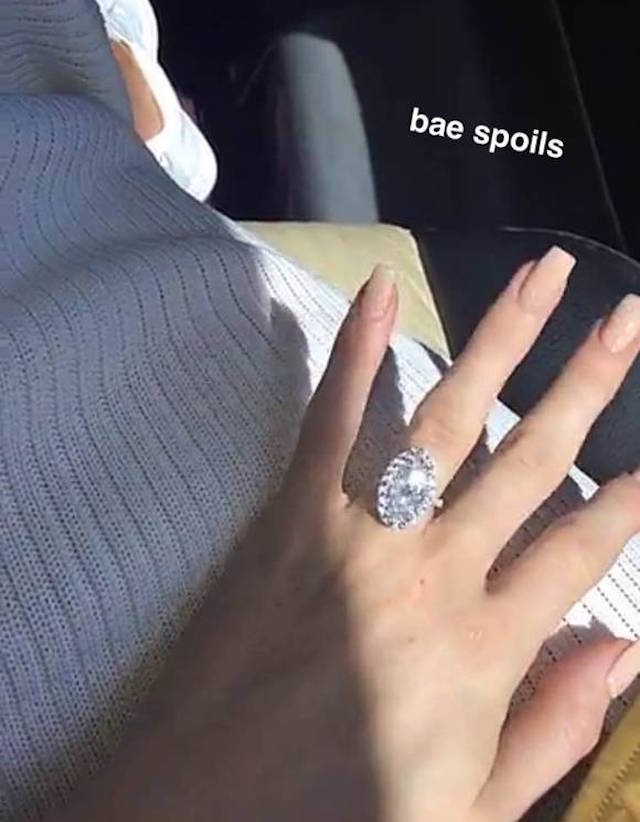 Either way, Kylie’s newest rock is even more dramatic than the last. It’s a huge marquise cut white diamond, again with what appears to be her setting of choice; a diamond halo. We’re assuming the band is platinum too. Again the centre diamond is almost bigger than Kylie’s finger, so this bling must have cost Tyga a pretty penny.

Our Verdict: This ring is obviously top quality too. The diamond is nearly blinding in photos alone, never mind real life. However; Kylie’s old ring was on-trend and – despite its style – nice and understated. This one is too flashy for us, and we’ve never been big fans of the marquise cut. Go back to your original non-engagement ring, Kylie!