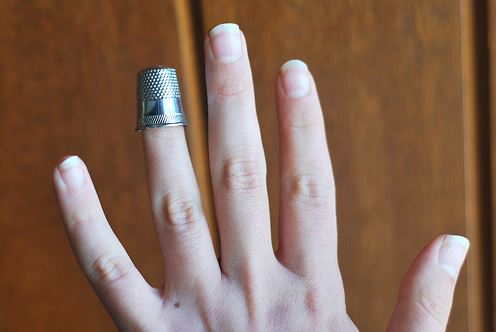 Weddings are well known for their sometimes weird, sometimes romantic, but always numerous traditions – from throwing the bouquet to the white dress and everything in between. But did you know that your engagement ring has plenty of wacky and wonderful traditions associated with it too? And no, we’re not just talking about getting down on one knee and wearing it on a certain finger.

Historians have ample evidence to show that the use of rings as symbols of devotion stretches way back into prehistoric times. Before men had figured out what metal was and how to craft things from it, they tied grass around their female partner’s’ wrists and ankles. Maybe it was to ‘tie down their spirits’, or maybe it was just a fashion accessory. Either way, many have argued that it was a symbolic precursor to the modern engagement ring.

In Ancient Rome marriages were much more about business than romance. A marriage was a contract between two men; the bride’s father (the seller) and her groom (the buyer). Keeping up appearances was very important to the Romans, so the groom would present his bride with two rings to wear. The first was made from iron and worn when at home doing household duties. The second was made from gold and worn in public for others to identify how much she was worth. Lovely! 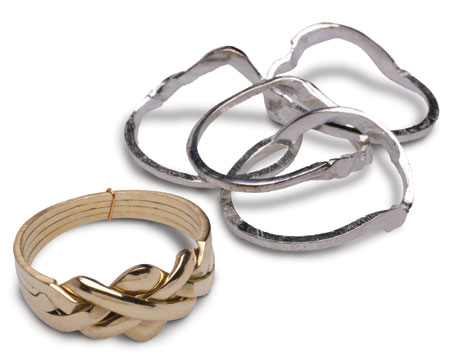 During the Renaissance, particularly in Italy and England, men presented their wives-to-be with a unique kind of ring. Consisting of multiple small interconnected bands, these rings were known as ‘puzzle rings’ because they would fall into their separate components when taken off and getting them back together again was something of an optical and mechanical puzzle. According to some, they were used to catch out wives who had been unfaithful by taking off their ring.

The Thimble of Love

In 18th century Britain, Puritans had a custom of giving their future wives a thimble rather than a wedding ring. So romantic, right? The idea was for the lady to wear the thimble while she prepared her dowry. In those days anything ostentatious like chests of gold was considered improper, so linens and quality clothing were made by the bride instead. After the wedding when the dowry was considered done and dusted, the cup of the thimble was cut off and the bride wore the remaining band as her wedding ring.

Unlike the rest of the world, Chile has a somewhat more equal engagement ring tradition. Rather than the man spending a wad of cash on a diamond for his lady love, both the bride and the groom wear engagement rings which they buy for each other. They’re worn on the right hand and on their wedding they they swap them over to the left hand. Cute! 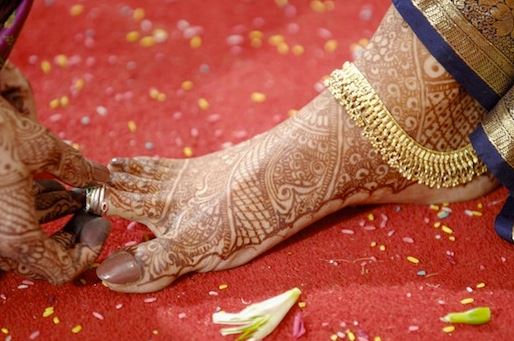 Who said engagement rings have to be worn on the finger? In many Hindu cultures in India women are given toe rings rather than finger rings. Known as ‘bichiya’, they are beautifully decorated and take pride of place on the wedding day (meaning the bride is either barefoot or wears sandals – no heels here!). In other areas women wear silver or gold bangles to symbolise their marital status; although the western-style engagement ring is also making its way into modern society too.