Every week we pick the best and worst engagement rings to emerge from the land of the rich and famous. In this edition, we compare a real housewife’s bling and an Israeli singer and model’s…

Daniella Pick is a singer and model who most people in Israel will know. She’s the daughter of famous Israeli musician Svika Pick, and for the past few months, she’s been working red carpets with none other than iconic filmmaker Quentin Tarantino.

The pair met in 2006 and had a brief romance, but Quentin apparently let the relationship fade away to concentrate on making movies. The acclaimed director has always said he’d like to retire after his 10th film however, and he only has one more to go before he reaches that point. So naturally, the eternal bachelor is coming around to the idea of settling down. 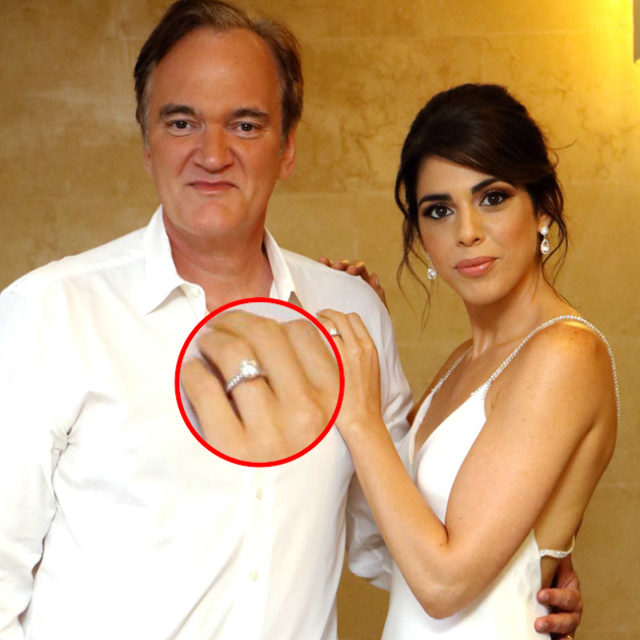 The couple officially reunited last summer, and Daniella has been seen regularly with Quentin ever since. They got engaged in LA in July, with the Pulp Fiction auteur presenting Daniella with this jaw-dropping ring. It’s a traditional diamond solitaire with a pave band, set in platinum (our guess). The centre stone sits high above the band to catch maximum light, so it has a very glamorous, classic look to it.

Our Verdict: This engagement ring means business, but in a beautiful and classic way. The high set diamond sparkles, the pave band complements it, and the solitaire design makes it a truly timeless choice. Well done, Quentin!

LeeAnne Locken is a cast member of the Real Housewives of Dallas reality TV show, and has certainly led a colourful life to date. A Texas native, she grew up working the carnival circuit from the tender age of 3 until she was 16. In her early adult life, she moved on to the beauty pageant circuit before pursuing an acting career. She’s known on the show for her fiery personality and contentious relationship with some of the other housewives, but she has a good heart underneath it all; she’s heavily involved with several charitable causes.

She’s been dating long term boyfriend Rich Emberlin for eight years, so we’re sure we’re not the only ones thinking an engagement was looong overdue. The moment was the worth the wait however, because Rich really pulled out all the stops. He took LeeAnne to a carnival, secretly hid a ring at the balloon pop stand, then got down on one knee when his love popped the balloon! 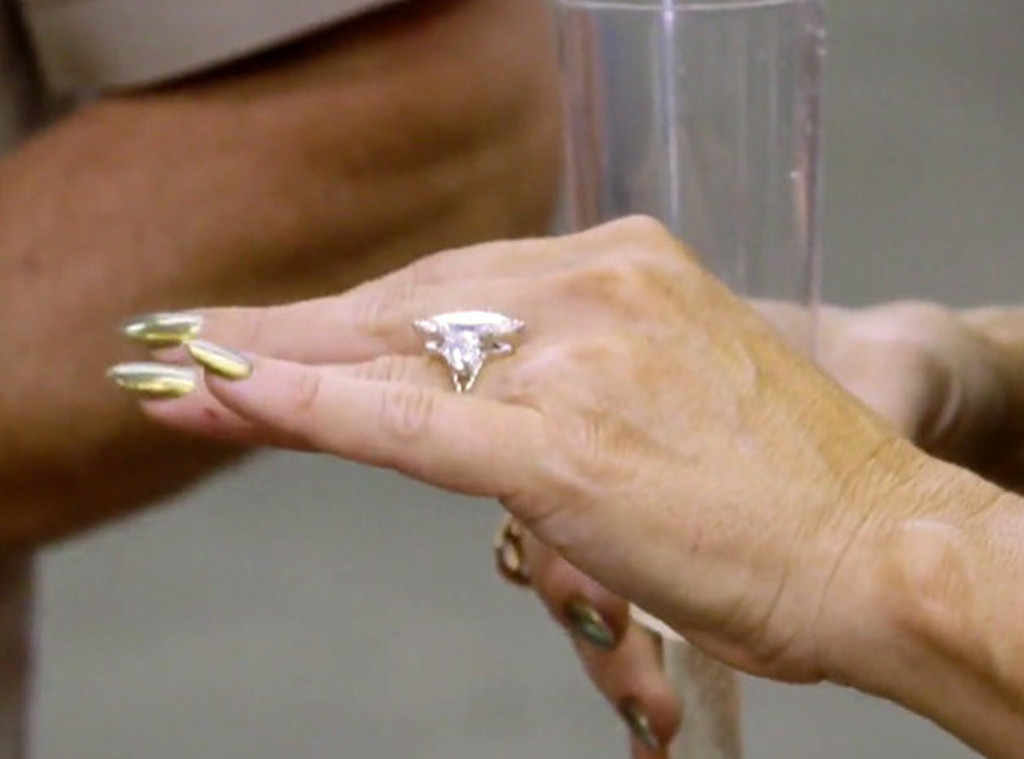 So, let’s take a look at the details. The centre stone is a hefty marquise cut, and it’s flanked by two smaller heart shaped diamonds on either side. All of the diamonds are clear and white, to symbolise true love and their pure hearts. With all that bling on top, we’re assuming the band id plain and simple.

Our Verdict: This ring definitely makes an impression, that’s for sure. We’re glad LeeAnne loves it so much, and we think the design is actually pretty cool. It’s just so gigantic! Too big for our practical tastes, but awesome otherwise.