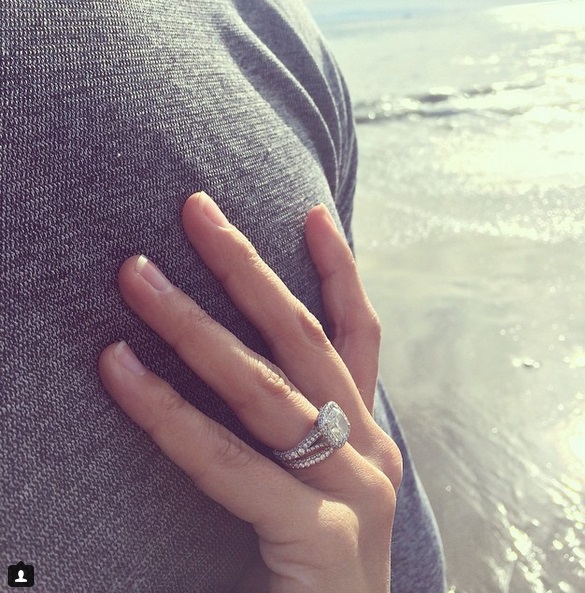 Graphic designer and another star from The Bachelor 17th season, Catherine Giudici shows off her engagement ring from  Sean Lowe. The proposal happened at a stunning lake in Thailand in November 2012. The couple exchanged vows at the Mindy Weiss-designed nuptials, which aired live on ABC.

Comment: Has anyone else noticed the link between The Bachelor and Neil Lane rings? If that’s part of the prize we have plenty of willing participants in the Engagement Ring Bible offices 🙂