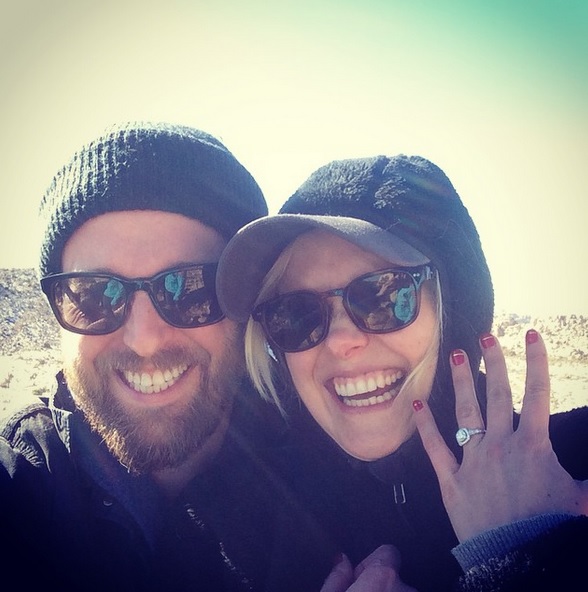 Canadian born television film and theater actress, Allison Pill was surprised to received a beautiful engagement ring from American actor Joshua Leonard who planned an old-fashioned proposal. The proposal happened at Joshua Tree National Park where Allison taught that she was there to do some serious hiking, but instead was surprised that Joshua dropped to one knee to pop the question.

Designer/Maker:  Joshua Leonard friend’s stepfather who is a jeweler.

Comment: Note that the ring was inspired by a  1920s-style diamond ring recreated by Joshua Leonard friend’s stepfather.