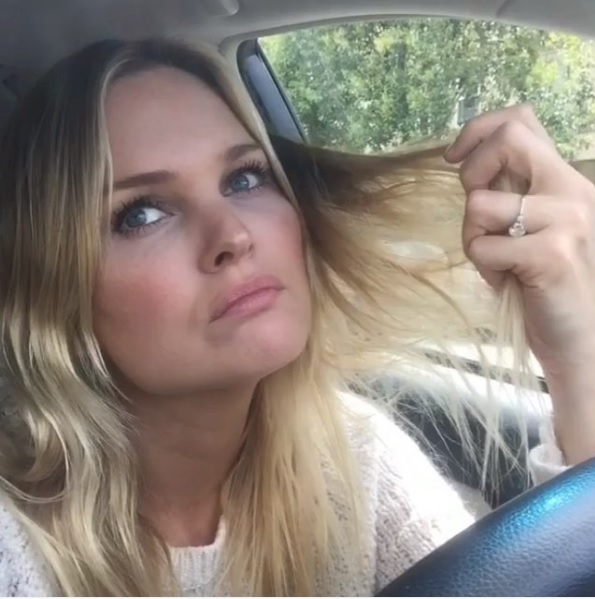 American actress and model, Sunny Mabrey flaunts a sparkling diamond ring from American film and television actor, Ethan Embry. The couple tied the knot on July 17, 2005. They got divorced in 2012 and started dating again in 2013. On February 15, 2015, it was announced that the couple are engaged.