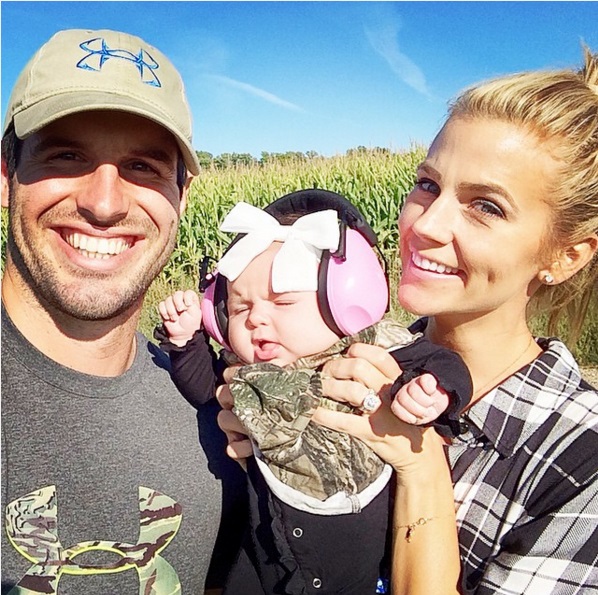 American sportscaster who is currently a reporter/host for ESPN college football and basketball sideline reporter, Samantha Steele flaunts a beautiful diamond ring from American football quarterback who was drafted by the Minnesota Vikings with the 12th overall pick in the 2011 NFL Draft, Christian Ponder. The couple first started seeing each other after Christian messaged Samantha on Twitter. After two months, the couple decided to get married, driving to a Hudson, Wisconsin courthouse before having their wedding meal at Arby’s on December 17, 2012.