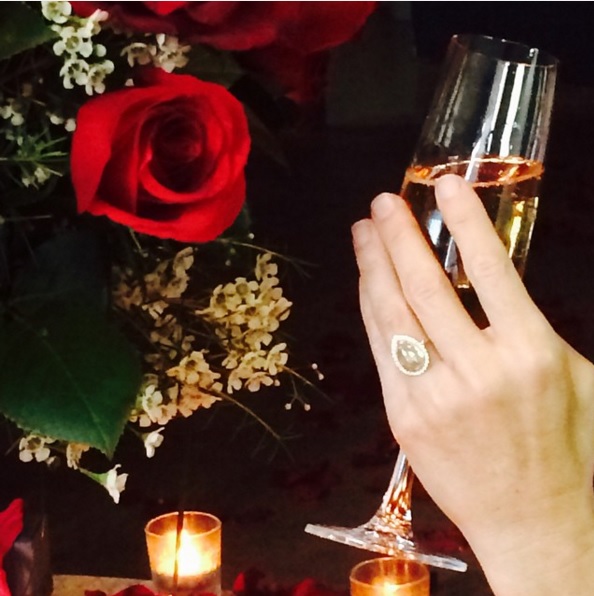 American film and television actress who starred in Entourage, Perrey Reeves accepted a breathtaking diamond ring from her boyfriend, tennis coach Aaron Fox. Aaron surprised Perrey with room filled with roses and candles in a suite at New York City’s Ace Hotel. After that, he took her to ABC Kitchen, her favorite restaurant in NYC and asked her to marry him in front of his mom and family. Perrey announced the news on Instagram with a photo captioned ‘Engaged!’ The couple tied the knot on June 13, 2015.