There’s much more to diamonds than pretty sparkles. Here are some hand-picked diamond facts that will make you think, make you laugh, or make your brain hurt a little…

The word ‘diamond’ comes from the Greek word for ‘unbreakable’ (‘adamas’) because, well, they’re pretty much unbreakable.

Diamonds form around 100 miles underground, at the transition zone between the Earth’s crust and mantle. They travel up to the Earth’s surface in volcanic eruptions.

The ancient Romans and Greeks believed that diamonds were tears cried by the Gods or splinters from fallen stars. The Romans also believed that Cupid’s arrow was tipped with diamond.

Diamonds are the hardest natural substance on the planet. The only thing that can scratch a diamond is another diamond. For that reason, industrial cutting and polishing tools are often tipped with diamond.

The first lab grown diamond was created in the 1950s. Nowadays, lab diamonds of double digit carat sizes can be grown in a matter of weeks. They have the exact same composition as ‘natural’ diamonds, and even expert jewellers and gemologists can’t tell the difference without specialised equipment. 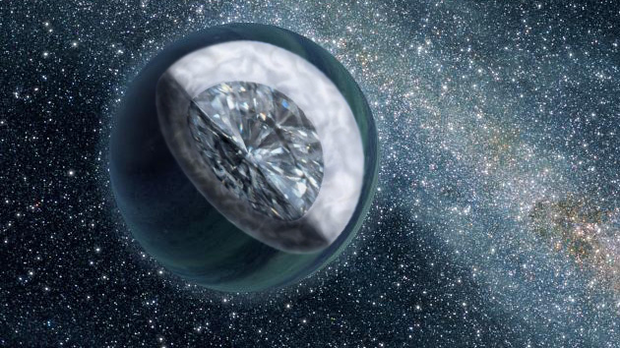 In 2004 scientists discovered a planet that they believe is 100% carbon, and one third pure diamond! It’s called ‘55 Cancri E’ and orbits a nearby star in the Milky Way.

The first lady ever to receive a diamond engagement ring was Mary of Burgundy. In 1477 the Archduke Maximilian of Austria gave her a gold ring with an ‘M” spelled out in diamonds.

The largest diamond ever discovered so far is known as the Cullinan diamond. It weighs 3106 carats and was discovered in 1905 in South Africa. It was given to King Edward and eventually cut down into 9 large and 100 small diamonds, the largest of which are on display in the Tower Museum as part of the Crown Jewels.

The ancient Hindus used diamonds as eyes in their devotional statues, because they believe diamonds protected the wearer from danger.

During the Middle Ages, many people believed that diamonds had healing properties, and they were used as medicinal treatments for everything from fatigue to mental illnesses. 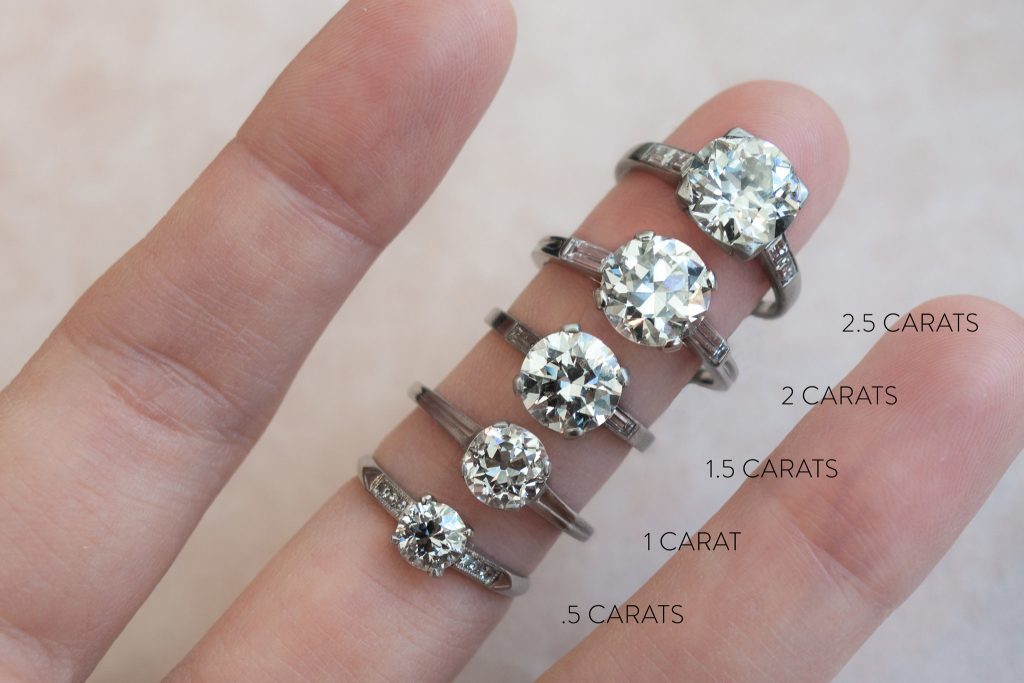 Most of the planet’s natural diamonds come from Africa. Before South Africa’s ‘diamond rush’ of the 1870s Brazil was the primary source, and before that, India was.

The pressures and temperatures of the Earth’s surface means that diamonds are in fact turning into graphite very, very, very slowly. But don’t worry; it’ll take far too long for you, your grandchildren, or their grandchildren’s grandchildren to notice any change whatsoever.

The only thing that can scratch a diamond is another diamond.

A famous diamond first discovered in India in the 13th century is thought to be cursed; the 103 carat Koh-i-Noor diamond. It’s said that ‘he who owns this diamond will own the world, but will also know all its misfortunes. Only God, or a woman, can wear it with impunity’. Many past owners have all met violent or tragic deaths, but the current owner is Queen Elizabeth, so the world should be safe for another little while.

Although diamonds have a reputation as being an invincible gem, they can in fact be burned. All you need is to heat it up to around 1290 – 1650 degrees fahrenheit (you’ll need a house fire or an explosion, basically). They can also melt at 6420 degrees and boil at 8720 degrees.

Transparent diamonds are not the most common form of this gem; yellow and brown are more common. Diamonds actually come in pretty much every colour there is; blue, green, orange and red are the rarest. 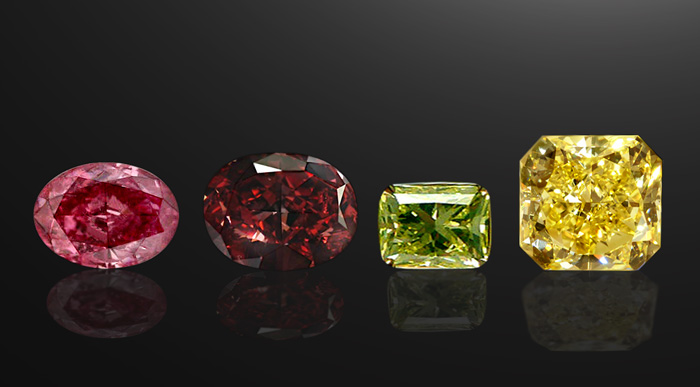 Diamonds are weighed in carats because the ancient Greeks used the seeds of the carob (‘keration’ in Greek, which morphed into ‘carat’) tree to measure the weight of precious stones. The metric system of one carat = 0.2 grams was only adopted in 1913.

Only around 30% of the diamonds mined every year are of good enough quality to become gemstones, and around 70 – 80% go towards industrial uses.

Russia is currently the world’s biggest producer of diamonds, by both volume and value.

The USA is the world’s largest diamond market, in part because it produces no diamonds for commercial use. America buys more than 40% of the world’s gem quality diamonds.

North America produces 10% of the world’s diamonds by volume. Most of it comes from Canada, in particular Ekati mine in the North West Territories and the surrounding region.

250 tonnes of earth are mined to produce just one diamond.

A law in 13th century France decreed that only the King could wear diamonds.

In the Antwerp Diamond Heist of 2003, thieves somehow managed to get past 10 layers of security including infrared heat detectors, a magnetic field, a seismic sensor and a lock with 100 million possible combinations to steal $100 million worth of diamonds, gold and other jewellery from the Antwerp World Diamond Centre. The jewels have still not been recovered and their methods have still not been found out.

In 208, Mexican scientists discovered a method to tiny, nanometer sized synthetic diamonds from tequila. Although far too small to use for jewellery, they hope to use their tiny gems in commercial and industrial applications.

In the Crater of Diamonds State Park in Arizona, visitors can search for diamonds that show up in the eroded volcanic crater. If you find a diamond, regardless of its size, you can keep it.

The person who coined the catchphrase ‘a diamond is forever’ in 1948 was actually a life-long single lady. If only Beyonce had been around back then.