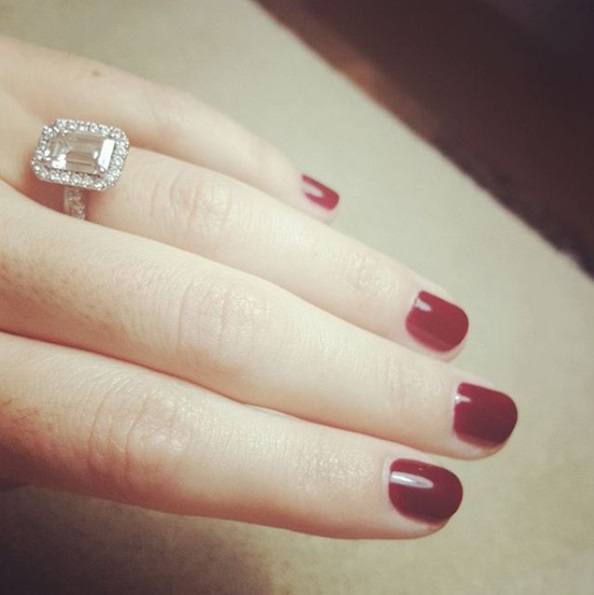 American actress and singer, Christy Carlson Romano flashes a beautiful diamond ring from writer-producer Brendan Rooney. The couple first met in February 2011 while she was studying at Barnard College. Brendan popped the question in November of the same year. They tied the knot on December 31, 2013 at the Banff Springs Hotel in Banff, Alberta after two years of being engaged.