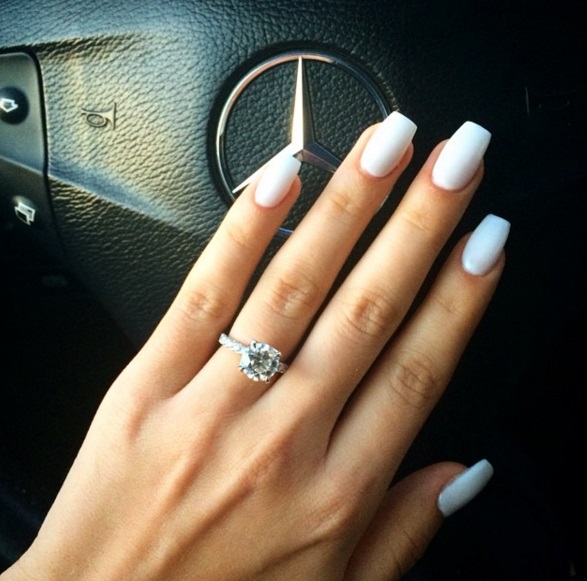 American actress and recently co-starred in the Disney Original Film”How to Build a Better Boy”, Sasha Clements accepted a beautiful engagement ring from Disney star and Dancing With the Stars runner-up, Corbin Bleu. The couple met in 2011 in Toronto in a grocery store and have been together ever since. Corbin popped the question in a very princess-perfect-act in front of Cinderella’s castle in Disneyland and presented the ring in a glass slipper.